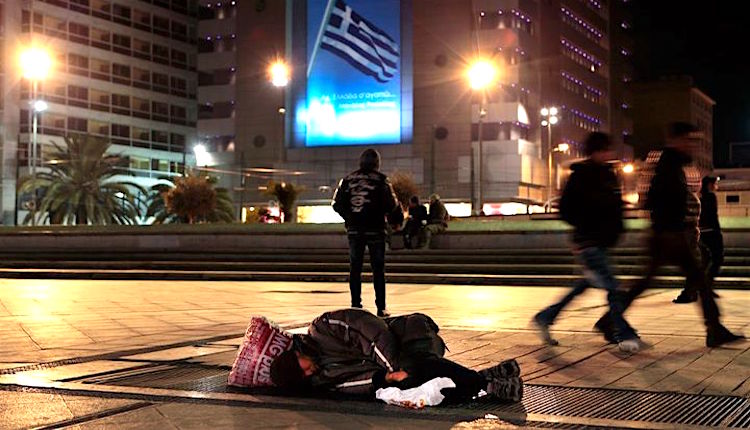 A new study on poverty and economic inequality in Greece shows that 700,000 people who were middle class, are now confronted with poverty.
According to the diaNEOsis organisation, income inequality in Greece gradually declined from the relatively high level before 1980. However, due to the crisis, income inequality has been increasing since 2009. The observed increase is less than expected, based on a significant decline in per capita income.
The percentage of people at risk of poverty or social exclusion over the period 2007-2016 has gone up by 8 points, which in practice means an increased risk of poverty or social exclusion of a very significant part of the population. In other words, about 700,000 people who in the pre-crisis era were considered middle class. The increase is equal for men and women.
In regards to age, the only age group for which there is no increase of poverty risk are those 55 years and over, mainly retirees. On the contrary, the risk of child poverty and social exclusion and the corresponding risk for productive ages are increasing. The increase of poverty risk for young people 16-24 years old being the highest.
“We can conclude with sufficient scientific evidence that the crisis has led to a significant increase in the risk of poverty or exclusion of part of the middle class. The main reason for this development is the increase in unemployment, especially in the younger ages,” the report concludes.