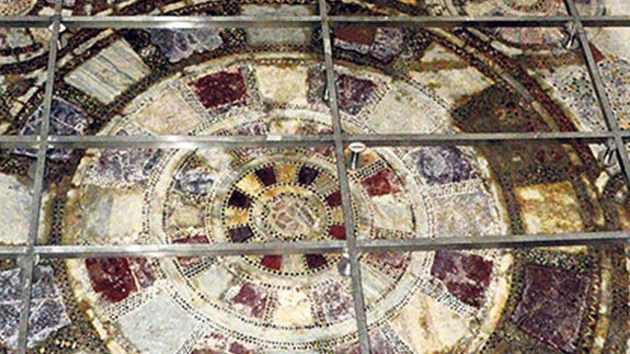 A 100-square-meter mosaic, which has been preserved in excellent condition, was discovered on the floor of the historic church of Panagia Chrysokefalou, in Ortahisar of Trabzon.

The Byzantine church was transformed into a mosque by Muhammad the Conqueror in 1461. The mosaic, as well as other hagiographies, were discovered during the renovation of the temple by the Administration of Evangelic Institutes (Vakoufia).

According to an Athens Macedonia News Agency (AMNA) report, the head of the Vakuf Trebizond Directorate, Orhan Kahveji, said the temple is at least 1,600 years old, dating back to 370 AD.

As Kahveji noted, renovation works were delayed because underneath the plasters hagiographies were discovered along with the “amazing mosaic under the floor. ”

“We are now making a glass floor on a stainless steel frame that will allow visitors to see the mosaic while walking on it and it will be protected under the glass,” Kahveji added.

After the completion of the works, the temple, which operates as a mosque, will be available for tourist visits. 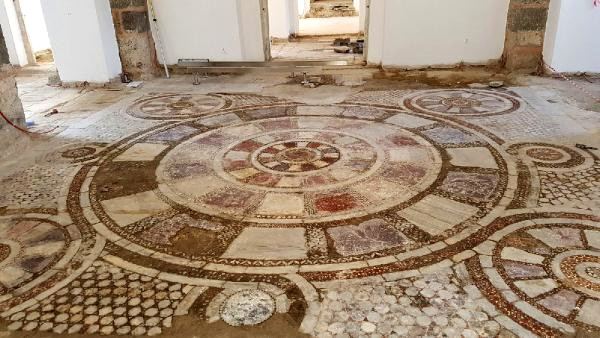 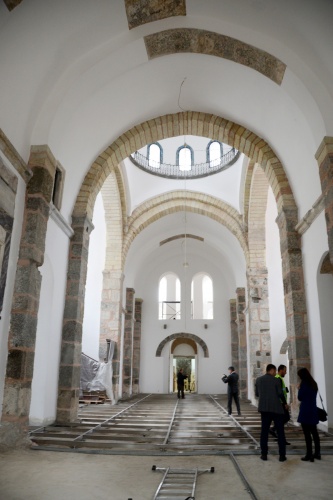