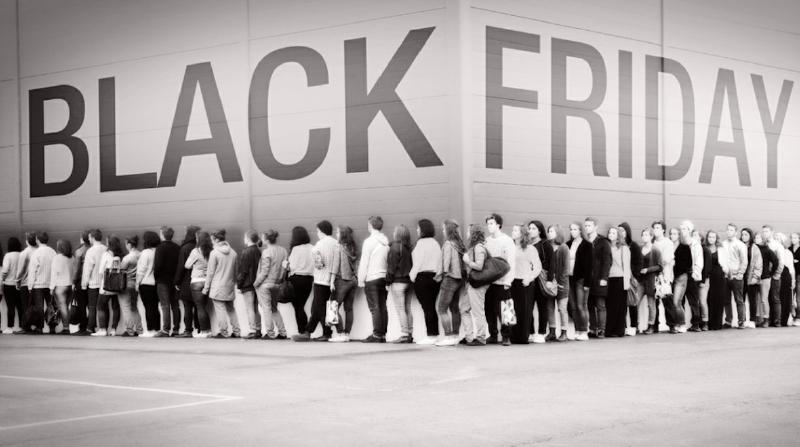 Black Friday fever has taken hold of many Greek consumers this week, but even a knee jerk research in sales presented as “Black Friday offers” negates the hype.
Black Friday was widely introduced to Greek consumers in 2015 with mostly electronics stores entering the bandwagon. Two years later it has turned to an event for most retailers in the country, but their offers pale in comparison with those in the US.
According to a survey conducted by the Hellenic Confederation of Commerce and Entrepreneurship (ESEE), although only one in three Greek retailers are aware of it, the percentage of stores offering ‘Black Friday’ discounts will be higher than in 2016.

The number of enterprises intending to participate has increased to 19%, from 15% in 2016 and the duration of the sales has been extended to a three-day weekend, with some retailers going as far as a whole week.

But the event is burdened by the notorious sense of hyperbole with which Greek retailers and businessmen usually conduct their affairs. A simple research of items offered as BF sales and have consumers checking their e-mails every few hours reveals a different picture.
While Black Friday sales are associated with a 60% to 70% rate in recently released items, Greek retailers use the event as an excuse to get rid of older models, dropping their price by an average 20% to 30%.
That’s almost the rate offered by online retailers all through the year – particularly in the electronics sector. To be fair, burdened by a crisis-stricken profit drop, most retailers are desperate for a break, even via hyped-up Black Friday sales.
Nevertheless, with zero background on the event and no established rules concerning sales, all the BF-related media promotion and frenzy appears misleading, to say the least.
As it turns out, the whole Greek Black Friday fever does little to live up to its hype.