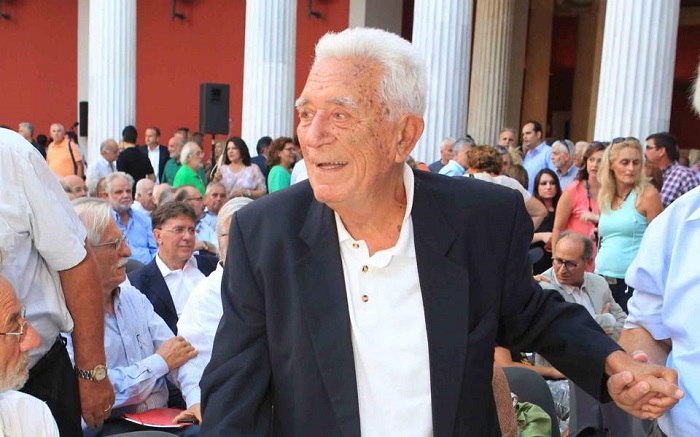 Former minister of the PASOK governments in the 80s Yannis Kapsis died at the age of 88, in the early hours of Monday morning.
Kapsis was a close associate of former PM Andreas Papandreou; who handed him government posts on foreign policy.
He successfully negotiated the moratorium between Greece and Turkey, and handled the diplomatic crisis in 1987 when Greece and Turkey almost went to war.
He was known for his tough positions; particularly regarding the issues of the Aegean and Cyprus.
Kapsis was a prominent journalist before his political career; and in 1970 he was convicted and sentenced to prison by a special court of the Junta, for his fiery articles in favor of democracy.
After his release he became assistant editor in To Vima newspaper, and after that he became the managing editor of Tachydromos magazine.
With the restoration of democracy in 1974, he was appointed director of the newspaper Ta Nea until 1982, when he left to take on the position of Deputy Foreign Minister in the  Andreas Papandreou government, and where he remained until September 1989.
After retirement, he devoted himself to writing books.