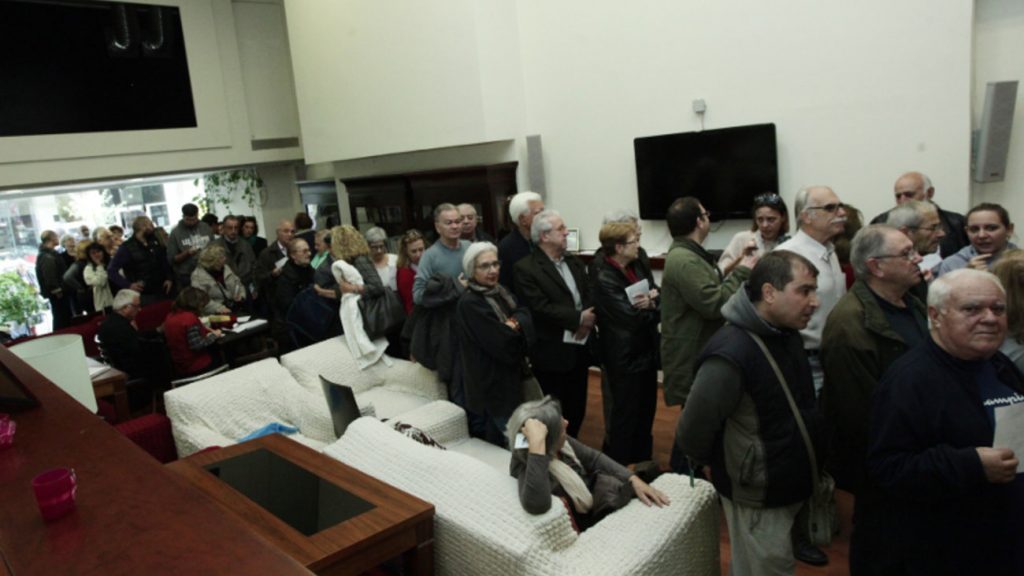 The mass participation of Greek citizens in the new center-left party election, is seen as a demonstration against the SYRIZA-ANEL coalition government, said PASOK MP Andreas Loverdos, on Monday.
Speaking on SKAI radio on Monday morning, Loverdos said that the voter turnout is a powerful message to the leftist government that it does not represent center-left voters, nor can it claim their vote.
A total of 210,264 Greek citizens; including 2,000 who voted in Brussels, voted for the ‘yet to be named new party’ of the center-left forces. With 83.2% of ballots counted, PASOK leader Fofi Gennimata received 42.50%; while PASOK MEP Nikos Androulakis came in second with 25.14%. Athens Mayor Giorgos Kaminis ranked third with 13.52% of the vote; while To Potami leader Stavros Theodorakis came in fourth with 9.81%. A total of nine candidates competed for party leadership.
Gennimata and Androulakis will compete again next Sunday on who is going to lead the new party that will encompass all members of the center-left. Independent Kaminis and the leader of To Potami did not fare well against the two PASOK candidates; a sign that center-left voters continue to see PASOK as the party that expresses their political beliefs.
New Democracy chief Kyriakos Mitsotakis rushed to comment that the mass voter turnout in Sunday’s election is a “hopeful message”.
SYRIZA did not issue an official statement regarding the election for the leader of the new center-left party. Before the election, leftist party MPs who appeared in the media, had been trying to downplay the effort of the center-left citizens.
Meanwhile, Prime Minister Alexis Tsipras has been hoping to capitalize on the division of center-left voters by luring them to SYRIZA. He has often imitated PASOK founder Andreas Papandreou in his speeches; not only in his rhetoric, but even in his tone of voice.
It is recognized at SYRIZA headquarters that a substantial percentage of voters who put them in power in the first place, came from PASOK and the center-left section of the political spectrum. These are the voters that Syriza hopes to attract.
However, even though PASOK – the Panhellenic Socialist Movement – has the word ‘socialist’ in its name; the vast majority of its supporters are middle-class Greeks, and not socialists by the true definition of the word. SYRIZA, on the other hand, is repeatedly turning against the middle class; both in real terms, such as high taxes and security contributions and opposition to private investment, and in ideological terms, such as their tolerance – if not approval – to the violence and lawlessness of anarchist and extreme leftist groups.
Therefore; one could safely assume that the large number of people who went to vote for the new party, is a cause for concern at Maximos Mansion (the official seat of the Prime Minister of Greece). It comes at a time when they have to complete the third review of the bailout program that includes some unpopular measures, and at the same time appease their leftist voters. Simultaneously they will have to look at the center of the political spectrum and try to fish from that pool; a balancing act that is very difficult, even for a master of “kolotumba,” like Alexis Tsipras.