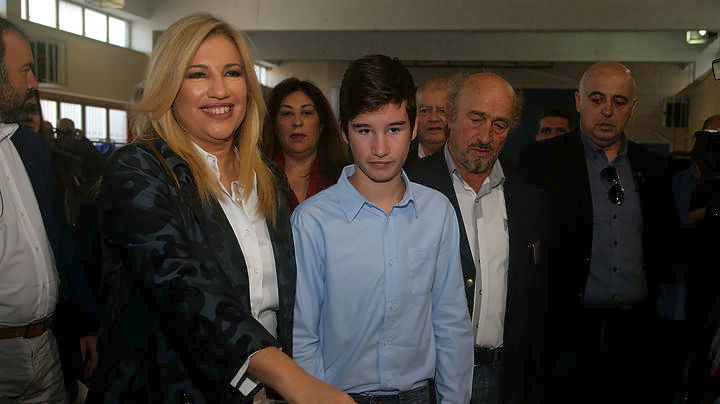 After Sunday’s elections, Fofi Gennimata, the leader of Greece’s socialists PASOK party, is in a commanding position to lead the new centre-left party.
With more than half of the ballots counted, Gennimata leads with 44.5% of the vote, followed in second place by MEP Nikos Androulakis with 25.4%.
In order to win the first round, Gennimata has to secure 50 percent plus one vote.  If she fails, she will have to face Androulakis in the run-off elections next Sunday.
More than 210,000 Greeks voted in the elections; which were seen as a popularity contest between socialist and centrist parties in Greece.
Speaking after the initial result was announced, the head of the Committee, Nikos Alivizatos, said participation exceeded expectations. Voting was extended in a few polling stations due to the number of participants.
“It is a big success, regardless of the winner,” Alivizatos, said about the result.
“People showed they want something truly reformist between New Democracy and SYRIZA. Today’s result is the best response to the cynics and those who derided the process,” he added.
According to political analysts, participation is close to that recorded in the PASOK leadership election of May 2012, at the open voting process initiated by George Papandreou in 2004. In that election, Papandreou lost to Evangelos Venizelos, who was elected president of PASOK.