Eurogroup Chief: We Saved the Greek Banks but Overlooked Taxpayers 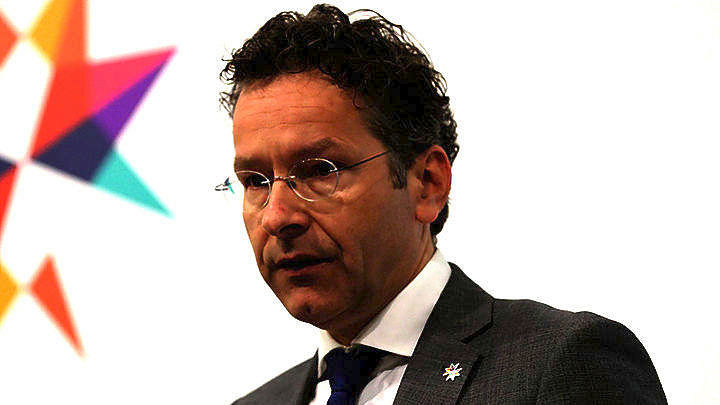 Outgoing Eurogroup chief Jeroen Dijsselbloem acknowledged on Thursday that Greece’s creditors put too much emphasis on saving the banks at the expense of ordinary taxpayers.
In an exchange of views on Greece in the European Parliament’s Employment and Social Affairs Committee, Dijsselbloem was asked if he agrees with the view that Greece’s first bailout programme was designed to support the banks.
Dijsselbloem noted that “banks were the biggest problem in all countries,” at the start of the crisis.
“We had a banking crisis, a fiscal crisis and we spent a lot of the tax-payers’ money – in the wrong way, in my opinion – to save the banks so that the people criticizing us and saying that everything was being done for the benefit of the banks were to some extent right,” he said.
“This was the reason why we introduced the banking union and the introduction of higher standards, better supervision and a reform and rescue framework when banks have losses…Precisely so that we don’t find ourselves in that situation again,” Dijsselbloem added.
Dijsselbloem also claimed that the labour market reforms adopted by Greece had brought “clear improvements” that were reflected in the latest unemployment figures in the country.
Referring to the programme as a whole, the outgoing Eurogroup president said the economic situation in Greece had improved as a result of the reforms and stressed the need to conclude the third review on time.