GRNews
GreekReporter.comGreek NewsCrimeMother of Afghan Student Whose House was Attacked Speaks Out

Mother of Afghan Student Whose House was Attacked Speaks Out 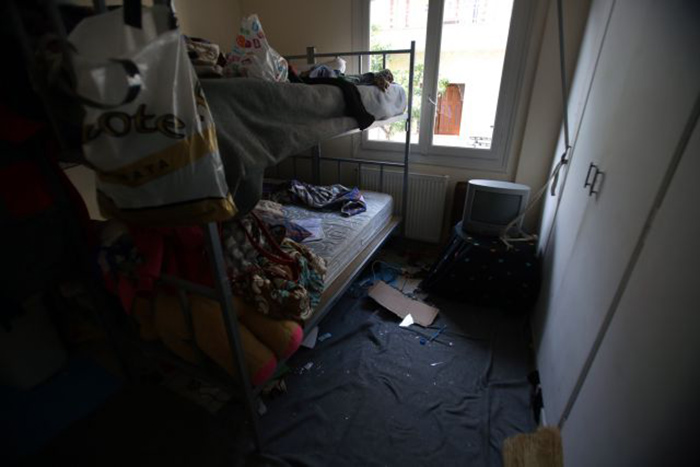 The mother of the 11-year-old Afghan student Amir offered chilling details of the racist attack to their house in the early morning hours of Friday.
“The stones were thrown non-stop, I said we’re going to die today,” Amir’s mother, Arizou told the police. She said tens of stones were thrown at the window of the room where her children sleep, along with a piece of carton with a written demand that she and her family “leave this place and go back to your village.” 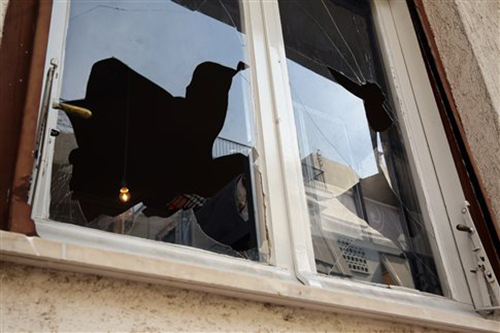 “The incident happened at around 3 am. Window glasses were broken everywhere and I started yelling for help. The children’s room was full of broken glass and a broken beer bottle was on the bed.”
She said she was panicking and called for the owner of the apartment, who came downstairs and called the police. “We are going to die. They’re going to kill us and we have no idea why,” Arizou said in agony.
Amir’s family asked City of Athens’ Refugees Temporary Housing Program officials to find another apartment for them to move to. 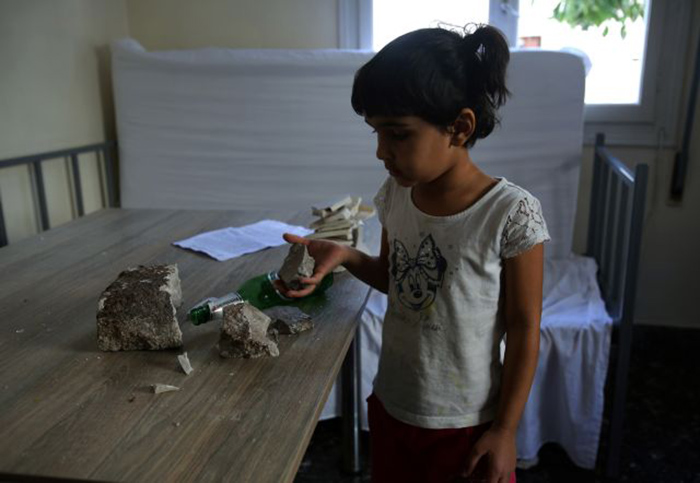 Athens mayor Giorgos Kaminis and all major political parties condemned the attack, most of them attributing racist motivations to it.
The ruling SYRIZA party issued a statement calling the attack “purely racist.” It added that practices pouring racist poison and intolerance into the Greek educational system will soon be eliminated.
Main opposition New Democracy issued a statement mentioning Amir’s “house vandalism” and attributed the incident to the “daily lawlessness”, which often enough, comes with a racist motivation.
Amir, a student in a Dafni public school, won the draw to carry the flag in his school parade, but he was later denied the honor and was offered to carry the school’s signpost, instead.
The school’s Parents Association defended the decision to strip Amir of the flag and expressed support to the school’s educational staff for the way the director and teachers handled the incident.