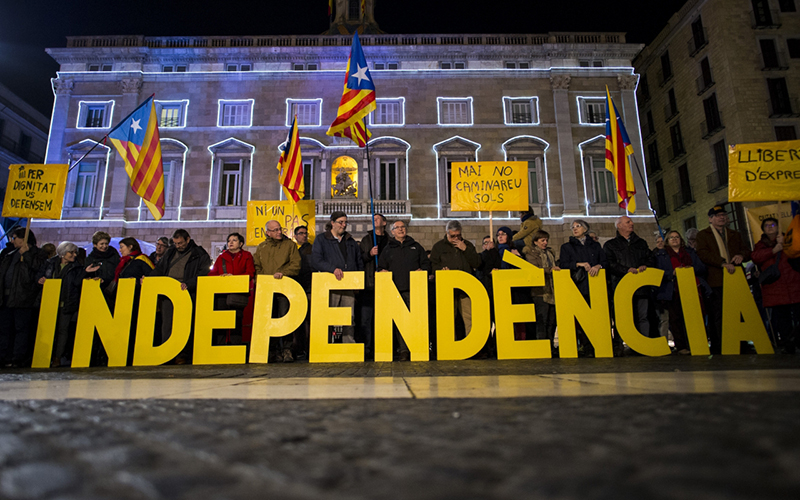 Greece fully supports Spain’s territorial integrity and sovereignty and not unilateral actions, government spokesman Dimitris Tzanakopoulos said commenting on Catalonia’s unilateral declaration of independence.
“We are very worried about the situation in Spain and we repeat that Europe can only move forward united. Unilateral actions cannot be accepted,” Tzanakopoulos stressed in a press statement issued after the Catalan parliament voted on Friday to proclaim the region’s independence.
“We fully support Spain’s territorial integrity and sovereignty, but also any initiative to restore democratic dialogue in the framework of Spanish Constitution,” the Greek official said.
The Spanish government stripped the region of its autonomy after its controversial independence vote in parliament Friday, effectively taking charge of its government.
(Source: Xinhua)