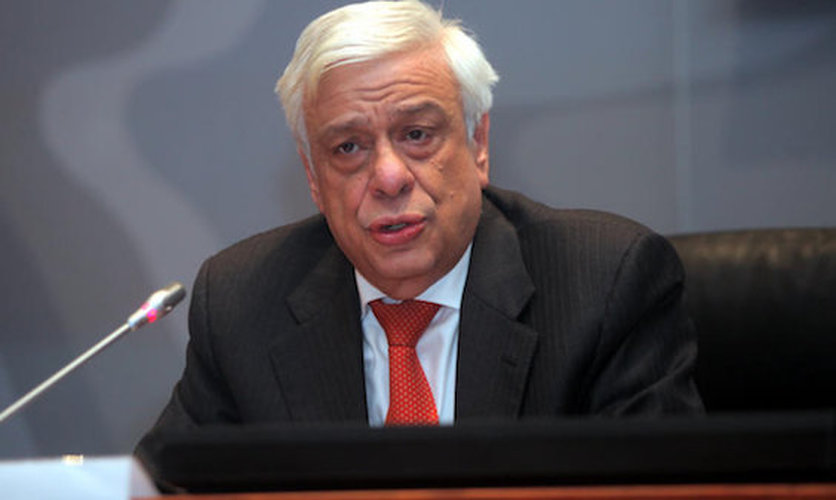 President of the Republic, Prokopis Pavlopoulos, has reiterated that the Cyprus problem is a European and international one, adding that Greece demands that a solution be reached immediately.
Pavlopoulos was speaking during an event on Thursday, in Thessaloniki. He noted that there can be no solution which would include diminished sovereignty, occupation troops and third-party guarantees.
Any solution similar to the Annan Plan; which was rightly rejected, would be contrary to the very foundations of European law, he pointed out, adding that it would constitute a disastrous precedent for Europe.
He expressed the view that it would imply a precedent; which if potentially repeated, in  other European states, “would be the beginning of the end for European sovereignty”. “This is a fact that everyone should comprehend,” Pavlopoulos said.
The Annan Plan; a potential solution to the division in Cyprus put forward by then UN Secretary General Kofi Annan, was introduced in 2003. In a parallel vote on both sides of the island, it was overwhelmingly approved by the Turkish-Cypriots and rejected by the Greek-Cypriots.
Source: CNA