GRNews
GreekReporter.comGreeceLesvos Mayor: We will Relive Days of 2015 with Refugee Influx

Lesvos Mayor: We will Relive Days of 2015 with Refugee Influx 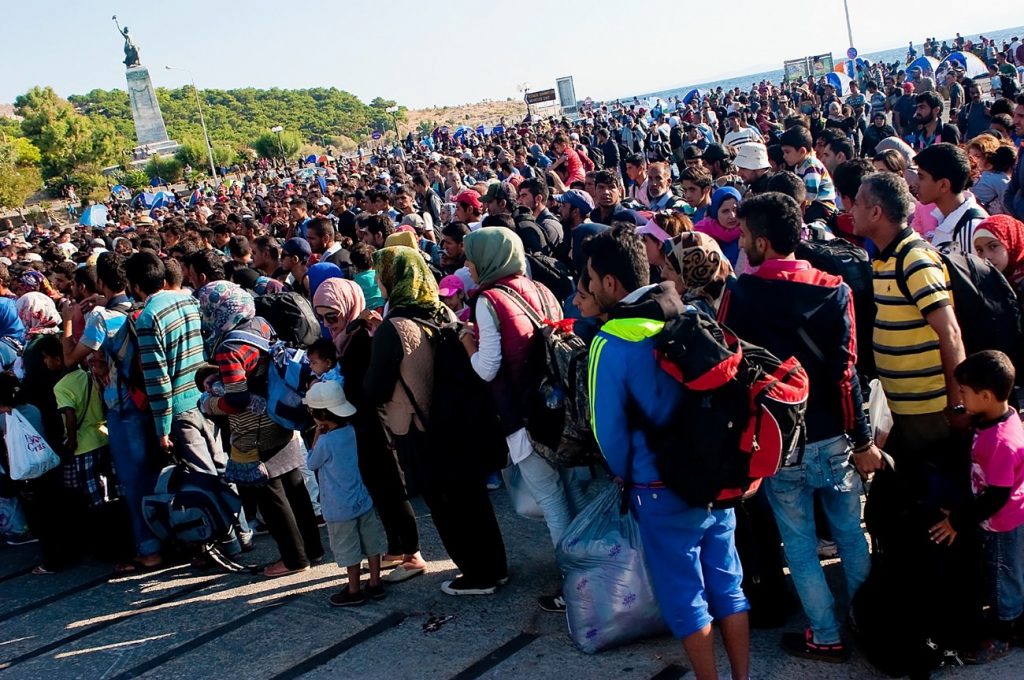 The rapid increase of migrant inflows from Turkey has forced Mayor of Lesvos, Spyros Galinos, to send a plea of help to Parliament President Nikos Voutsis.
“The steady increase in refugee flows has created a suffocating situation both within Hospitality Centers and in the surrounding areas. I have repeatedly warned that there is an urgent need to decongest all reception centers, otherwise we are in danger of experiencing the crisis of the 2015 summer months again,” Galinos notes in his letter.
The Lesvos mayor points out that the competent Parliamentary Committee that discusses the management of refugee flows, has never invited any mayor to report on the situation on the North Aegean islands.
“The situation with regard to the management of refugee flows requires a viable solution with respect for the local communities that have taken on and continue to bear a disproportionate burden. An integral part of the solution is the participation of mayors and local government, who have been at the forefront since the beginning of the crisis,” the letter says.
“We therefore consider it necessary and we are asking for the presence of the Mayors of Lesvos, Chios, Samos, Kos and Leros at a regular or special meeting of the competent parliamentary committee on the refugee-migrant flows. At this meeting, each mayor will have the opportunity to inform and submit proposals making the most of the committee’s work. Otherwise, excluding the voices of the mayors, it is certain that the committee will not be able to reach a safe conclusion and in turn to inform the plenary,” the letter also says.
Meanwhile, living conditions in reception centers and makeshift camps on the islands are squalid. According to a Deutsche Welle report, the Doctors Without Borders organization sent an open letter to Greek Prime Minister Alexis Tsipras for the “emergency situation” on the islands. Other than the “inadequate infrastructure and miserable hygiene conditions”, the organization is particularly concerned about the extremely poor mental state of many refugees, the report says.
Jane Grimes, psychologist of Doctors Without Borders who visited Samos told Deutsche Welle: “It’s a shame. Each day our teams come in contact with patients who tell them that it would be better to die in their homelands than to live as prisoners here.”