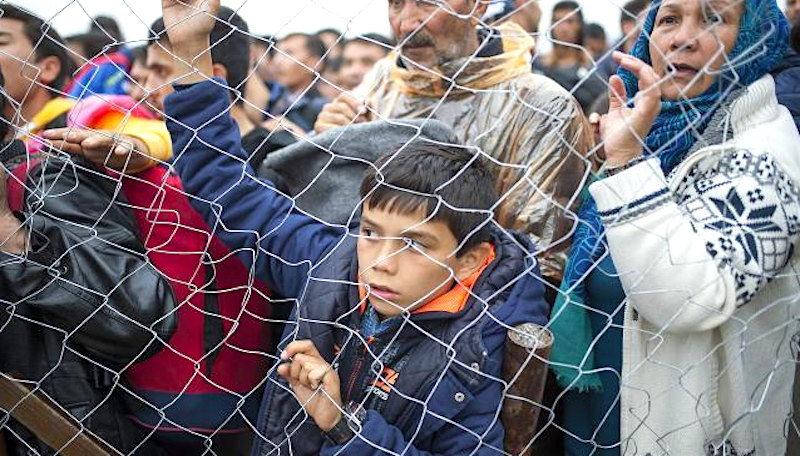 A mental health emergency is unfolding in migrant camps on Greece‘s islands, fuelled by poor living conditions, neglect and violence, charity Doctors Without Borders (MSF) said on Tuesday.
Medical staff have seen a sharp increase in people trying to get help after attempting suicide, harming themselves or suffering psychotic episodes, it said in a report.
More than 13,000 migrants and refugees, mostly Syrians and Iraqis fleeing years of war, are living in five camps on Greek islands close to Turkey, government figures show.
Four of those camps are holding two to three times as many people as they were designed for.
The charity said six or seven new patients had visited its clinic on the nearby island of Lesbos each week over the summer following suicide attempts, self-harm or psychotic episodes, 50% more than the previous three months.
Violence which many experienced on the journey or in Greece was one factor aggravating mental distress, MSF said.
On Samos, more than 3,000 people are crammed into facilities designed to hold 700, and about 400 live in the woods. In one Lesvos camp, about 1,500 people are in makeshift shelters or tents without flooring or heating, the U.N. refugee agency says.
In August, MSF found nearly three-quarters of new mental health patients on Lesbos needed to be referred to a psychiatrist, up from just over a third in the nine months from October 2016 to June 2017.