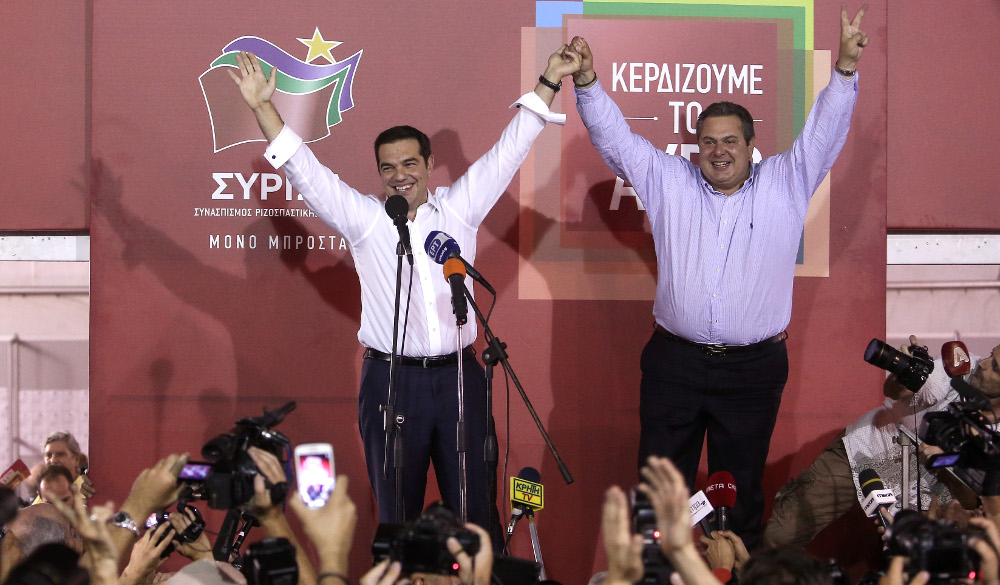 At the age of 15 you are not allowed to drink alcohol, to work, to drive a car, to vote, to marry, to join the army and so on. In Greece, and most countries in the world, a 15-year is considered a minor and cannot take important decisions.
Yet, according to Prime Minister Alexis Tsipras and Justice Minister Stavros Kontonis, a Greek 15-year-old can go to City Hall, declare that he/she is of a different sex than the one written on their birth certificate, and officially change their gender identification and become the person they feel they are.
There are not many things Tsipras is good at. Yet, he is very good at three things: overtaxing, giving promises he knows he cannot keep and using any means necessary to cling to his seat.
But there is one thing he is excellent at: to divert attention for all wrongdoing and mismanagement of his administration. Raised with the teachings of the Greek Communist Party youth (KNE), one of the first things he learned and became expert at was to always change the subject and raise one that suits him.
At the end of a summer when Greeks are called to spend their last savings to pay the exorbitant taxes he imposed on them – including the single property tax (ENFIA), a tax he had pledged to abolish before elected – the gender identification draft bill was a great smokescreen.
It was also a great diversion from the scandal of his junior coalition partner, Defense Minister Panos Kammenos, who was gambling in London and reportedly sent the bill to the Greek State and a previous scandal also by Kammenos who had communicated with a convict and allegedly asked him to bear false witness in a drug case.
The draft bill titled “Legal Recognition of Gender Identity – National Mechanism for the Development, Monitoring and Evaluation of Action Plans on Children’s Rights” tabled in parliament on Monday October 9 shifted attention from Kammenos, leader of Independent Greeks, who essentially is the crutch that keeps SYRIZA in power with the nine seats that secure the thin majority of 153 MPs in the 300-member House.
In a spectacular switch, conservative Kammenos who presents himself as a good Christian returned the favor of Tsipras’ support and stated that his party will vote in favor of the bill.
Choosing the age of 15 for the gender identification change bill was a guaranteed red flag that would cause public outcry. For a few days, pensioners forgot that the SYRIZA-ANEL coalition would slash their pensions even more by January 1st, 2018 as public discourse shifted to the gender ID change by minors.
In addition, reactions by opposition parties – mainly New Democracy, which leads in opinion polls – would give Tsipras and his cabinet a good chance to accuse the conservative party of being a regressive political force that disrespects human rights.
The expected reactions from the Church of Greece also gave SYRIZA a good chance to show leftist voters that the party stays true to its leftist ideas, and the pretense that it is fighting for the separation of Church and State, a perpetual goal of the Greek Left.
Regardless whether the controversial bill will pass or not, Tsipras’ strategy has worked. For days now, public discourse revolves around the issue of gender ID change for 15-year-olds. The most likely scenario is that the bill will not pass and a proposed amendment would be that the right will be given to 18-year-olds. Then it will probably pass.
No matter what the House plenary decides, Tsipras will come out as a progressive leader who fights for the rights of the young. And all the scandals and harsh austerity measures will be forgotten for a little while.