A wildfire has been burning in Kassandra peninsula, Chalkidiki, in northern Greece since Friday afternoon.
The fire broke out near the seaside village of Moles Kalyves, and according to Fire Services, is threatening nearby homes. 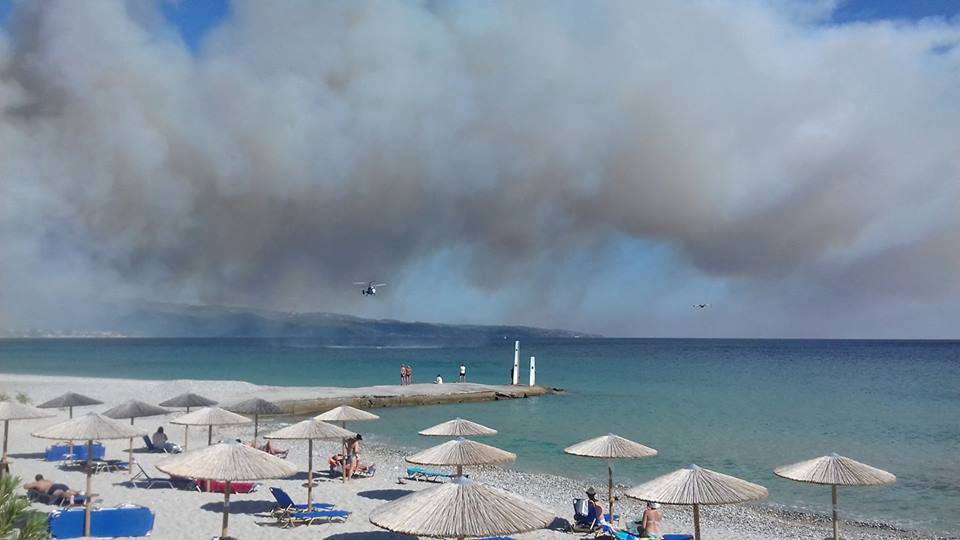 The blaze, which started shortly after 2.30 p.m.,  is being stoked by strong winds, and has reached the front yards of several homes, according to local reports.
Dozens of volunteers are helping firefighters contain the blaze, before it causes more damage.