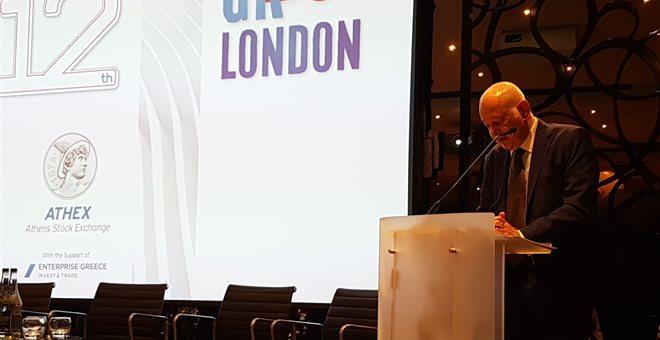 The Greek government is looking for more investment funds to implement the national development strategy, Economy and Development Minister Dimitris Papadimitriou said at the 12th Roadshow of the Athens Stock Exchange in London.

“Undoubtedly, Greece is on the path of recovery and the beginning of a lively period for its economy. This is recognized by the markets,” he said adding it resulted in “the undertaking of large investment projects by the investment community.”

However, some investors were sceptical of Greece’s investment-friendliness.

When the question of Eldorado Gold’s investment in Chalkidiki was raised, Papadimitriou replied that there are environmental and methodological issues that need to be taken into consideration.

Defending the stance of the Greek government he added, that it is difficult to see why the company did not follow the best practice by announcing a suspension of work during the arbitration procedure.

The minister concluded his speech with the question, “why invest in Greece?” which he responded by presenting the following six advantages that the country offers: