GRNews
GreekReporter.comGreeceJean-Claude Juncker Claims He Saved Greece in the Eurozone

Jean-Claude Juncker Claims He Saved Greece in the Eurozone 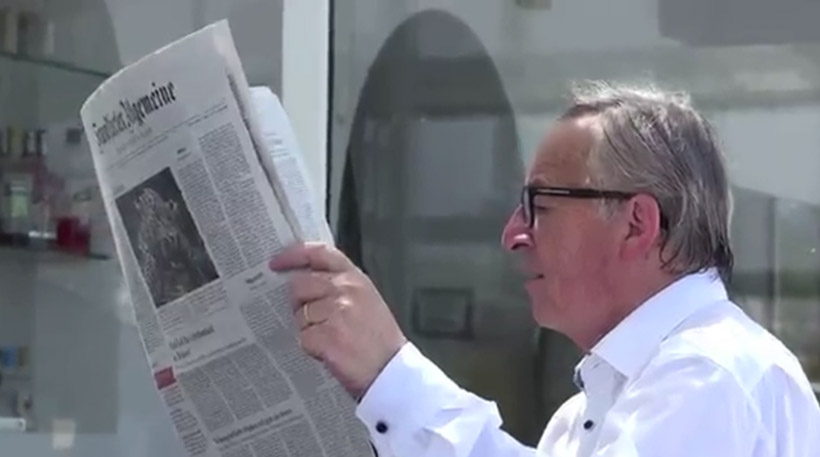 Jean Claude-Junker heaped praise on his own department in an interview where he said Grexit was on the cards in 2015.
The President of the Commission revealed Germany was gunning for the Greeks to be expelled over the Eurozone crisis just two years ago, but he ensured it was stopped.
The bureaucrat gave himself a huge pat on the back during an interview with Politico – in which he claimed he, personally – stabilised the Eurozone.
Mr Juncker said: “If the Commission had not ensured that Greece was not expelled from the eurozone in 2015, the balance would be less good.
“At the time, I fought hard for the stability of the Eurogroup, in particular for Greece [against the wishes of German Finance Minister Wolfgang Schäuble]. If I hadn’t done that, the eurozone would have decayed.”