Eurobarometer: Greeks not Optimistic About EU 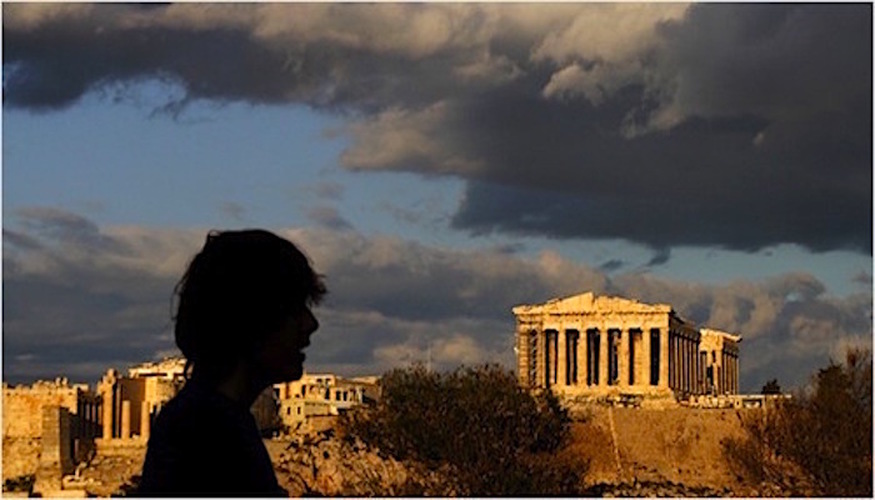 Popular support for the eurozone has climbed to its highest since 2004 according to a new polling by Eurobarometer, which points to growing optimism and trust in the bloc, but Greeks remain among the least optimistic Europeans about the EU.
The latest survey from Eurobarometer, carried out for the European Commission, found 73% of eurozone citizens supported membership of the single currency area, up 3 points from last year, and the highest level since the early years of EMU in 2004.
The euro also won majority backing in all the 19 member state economies in the single currency area. Luxembourg had the highest levels of support at 85%, followed by Slovenia (83%), Ireland (83%), and Estonia (83%). Popular support was lowest in Italy at 58%.
But in Greece, which is still under the tutelage of eurozone creditors after seven years of bailouts, support rose to 64%. A staggering 98% (up one percentage point from the last poll) said the economic situation in Greece is “bad”. The equivalent percentage in the 28-member EU stands at 51%, down 5% compared to the previous poll. 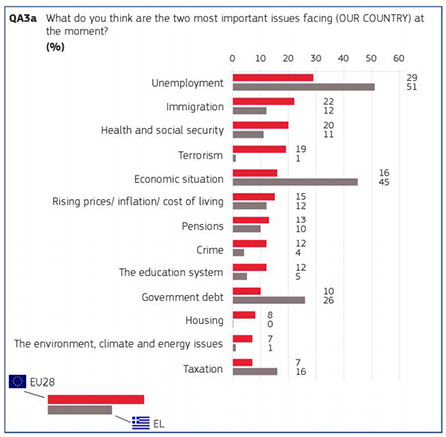 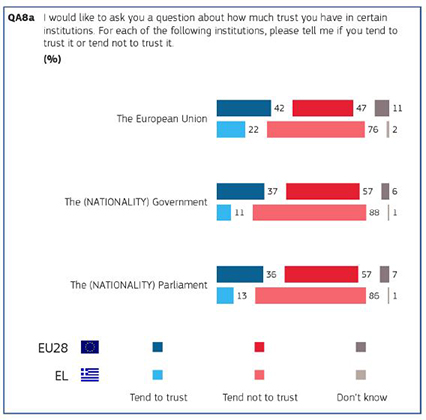