Judges and Prosecutors Accuse Government of Seeking to Manipulate Justice 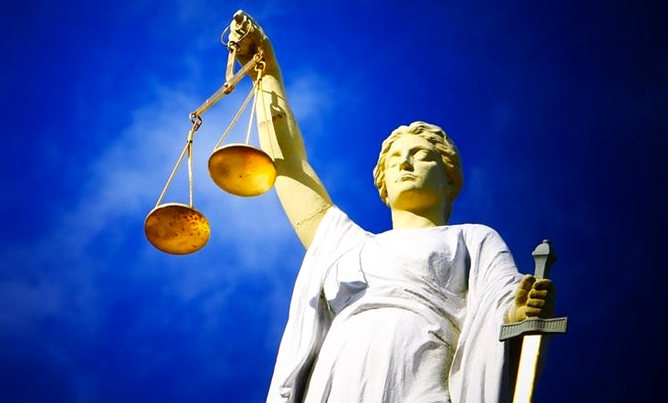 The Union of Judges and Prosecutors, in a harsh announcement issued on Sunday, accused the government of “systematically attempting the complete subjugation and manipulation of justice, so that it operates not as an independent power but as a government mechanism.”
“Ministers and MPs daily level unfounded accusations against judges and prosecutors for supposed biased decisions and the existence of ulterior motives that aim to obstruct the government’s work. They are attempting to erode justice’s prestige so that they can control it more easily and present themselves as the only defenders of legality and those that ‘genuinely express the common interest’,” the announcement said.
In this they were following the examples of Turkey and Poland, whose governments were abolishing the independence of justice, either by directly persecuting members of the judiciary or through shameless legislation, the announcement said.
Enlisted in the attempt to control and subjugate justice were the “dirtiest mechanisms” at the disposal of the state, the announcement added. Among these were “the deep state of the thankfully very few willing ‘journalists/ pen-mercenaries and their followers, often hiding behind ‘asylum’ and privileges and remain in the background, sometimes using the parliamentary podium for convenient monologues”.
Noting that the union’s own vice-president has been targeted by these circles since Saturday, the union underlined that “our union will do its duty, which is to defend a free judicial morale and constitutional normality at any cost, without fearing this kind of pressure.”
ND urges Tsipras to ‘stop slippery path’ of seeking to manipulate justice
Main opposition New Democracy urged Prime Minister Alexis Tsipras to “stop the manipulation of Greek justice” in an announcement issued on Sunday, and warned of a risk to democracy in Greece.
“One day before the 43rd anniversary since the restoration of democracy, the Union of Judges and Prosecutors in a historic announcement is directly accusing the government for the sum of the interventions and attacks on justice, which aim at its complete subjugation and manipulation,” the announcement said.
The main opposition noted that the judiciary’s announcement is a strong message to all Greek citizens to be on alert. When Greek judges feel that there is constant intervention from governmental power, democracy in the country is “not on a good path”.
“Society needs a strong and independent justice, capable of protecting the citizens and administering law. Mr. Tsipras, even now, must realise the great responsibility he bears and stop the slippery path of manipulation of Greek justice,” the announcement said.
(Source: ANA-MPA)