Cyprus to Remain Divided After Failure of Reunification Talks 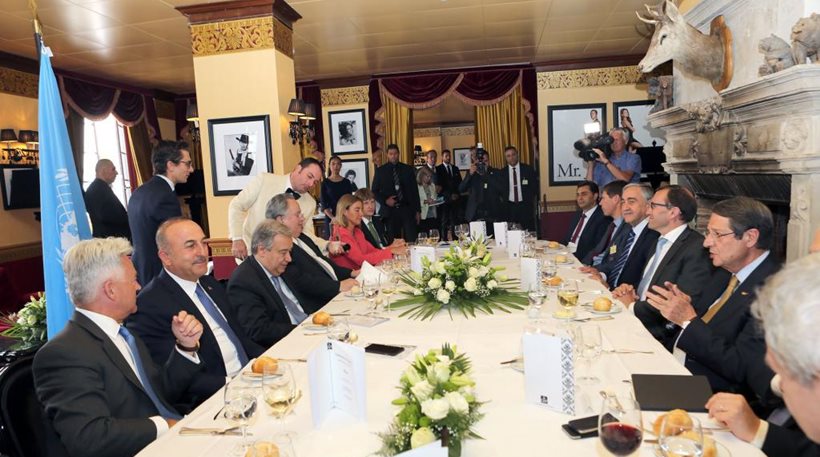 “I’m very sorry to tell you that despite the very strong commitment and engagement of all the delegations and different parties … the conference on Cyprus was closed without an agreement being reached,” United Nations Secretary-General Antonio Guterres said early on Friday in Crans-Montana, Switzerland.
Guterres had flown in on Thursday for the second time to press Greek Cypriot President Nicos Anastasiades and Turkish Cypriot leader Mustafa Akinci to come to an agreement, urging them to seize “the best chance.”
“Unfortunately … an agreement was not possible, and the conference was closed without the possibility to bring a solution to this dramatic and long-lasting problem,” Guterres told reporters while leaving the meeting.
Nicos Christodoulides, spokesman for the Greek Cypriot government, said that talks failed because Turkey had refused to relinquish its intervention rights on Cyprus or the presence of troops on the island, according to Reuters. Greek Foreign Minister Nikos Kotzias also spoke of Turkey’s insistence to maintain the existing system. Both, however, left a window open for new peace efforts, but without elaborating.
Turkish Foreign Minister Mevlut Cavusoglu wrote on Twitter: “This outcome shows the impossibility of reaching a settlement within the parameters of the Good Offices Mission. No use in insisting on them,” referring to the United Nations.
The process that lasted two years had been considered the best opportunity to reunify the island that remains divided since 1974.
The failure of talks comes at a time when the Cyprus administration is ready to launch gas drilling off the island in coming weeks, an exploration that Turkey opposes.