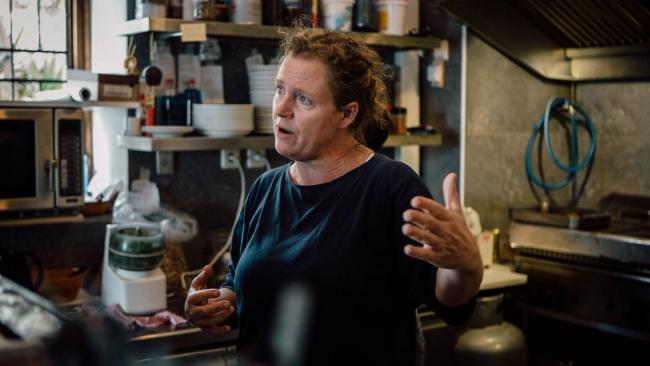 Melinda McRostie is a Greek-Australian and a local Greek taverna owner on the Greek island of Lesvos. As many islanders on Lesvos, she helped the refugees when they first started arriving on the island, long before the international community and NPOs got involved in the migrant crisis and founded the Starfish Foundation, which assists refugees on the island. McRostie is now being recognized for her role in assisting over 200,000 refugees as she has been named as one of 10 finalists in the running for the prestigious Basque Culinary World Prize.

McRostie was born in Melbourne and went to live on Lesvos with her mother at the young age of three. She lives in the village of Molyvos where she runs The Captain’s Table restaurant — which she has used as a home base in helping refugees by providing them with food and even shelter.

The Basque Culinary World Prize recognizes chefs who use gastronomy as a tool to enforce change and impact others’ lives “beyond the kitchen,” and will be announced on July 18. For more information about it, look here.