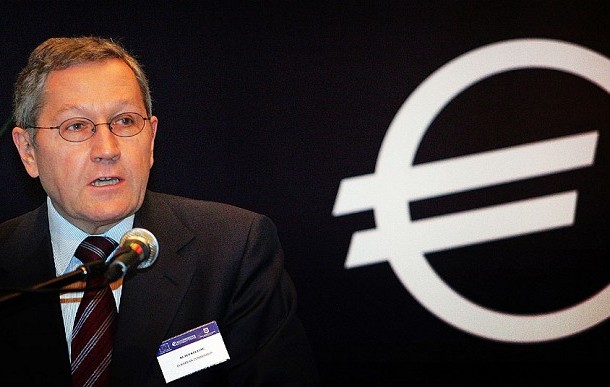 European Stability Mechanism President Klaus Regling on Monday criticized Greek ministers for questioning agreed measures and privatizations, thus sending a negative message to international markets.
In an interview with Greek public television (ERT), Regling praised Greek Finance Minister Euclid Tsakalotos for their smooth cooperation throughout the bailout review negotiations.
Regling said that Tsakalotos’ attitude was the opposite of other Greek ministers who “question measures which have been agreed upon and certain privatizations, and this sends a negative message to the markets and more so to the European public.”
The ESM chief insisted that the Greek government must take full “ownership” of the program, which means that everyone in the government supports it.
In the first week of July, ESM is to disburse 7.7 billion euros for Greece, of the 8.5 billion euros approved by the Eurogroup last week. The remaining 800 million euros, which is intended to repay outstanding state debts to suppliers and service providers, will be disbursed in the autumn.
According to Regling, ESM encourages the return of Greece to the international markets after the end of the bailout program in August 2018. He reiterated that “within the year or the next year, it is likely that Greece will return to the markets if the reforms program continues successfully.”