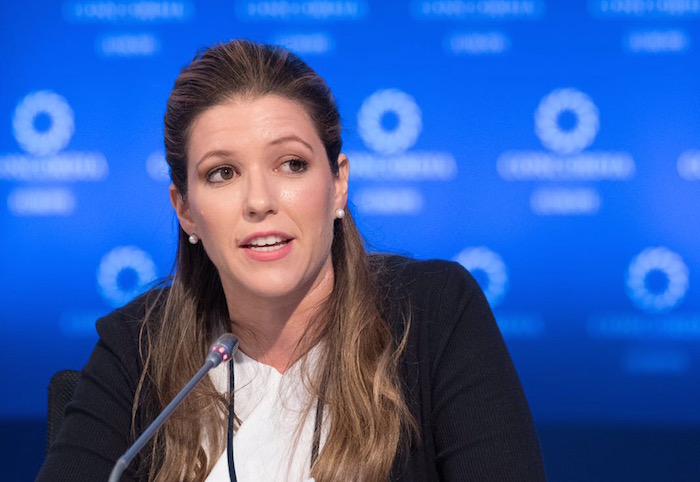 “Refugee children at the Souda refugee camp on Chios are toxically stressed,” said Nitzia Logothetis, founder and executive chairwoman of the Seleni Institute, a non-profit organization that promotes mental health for women around the world.
Speaking on the refugee children situation in Greece during the Concordia Europe Summit on Wednesday, Logothetis, who is a psychotherapist, described the experience of her visit to the refugee camp on Chios.
Logothetis said that other than the children who are with their families, there are over 100 unaccompanied minors among the 1,300 refugees in the Souda camp, and there is no school for them because Souda is a transient camp. However, she said, the refugees do not know how long they will stay there.
That uncertainty, the psychotherapist said, is so unsettling that the children suffer from psychosis. “Nothing is more destabilizing than uncertainty,” Logothetis said, explaining that the children’s mental health would be better if they knew that they would stay in the camp for the rest of their lives. But not knowing how long will they stay, or whether they will be  sent back to Turkey is dangerously unsettling. “Children are toxically stressed,” she said.


The philanthropist gave the example of a two-and-a-half-year-old child who hadn’t slept in three days and was crying all the time and explained that psychotic children see and hear things that don’t exist. She spoke of a mother who wants to take her child to a psychotherapist but the next available appointment is for October. She then explained that the unaccompanied children cannot be transferred to asylums in Athens because some of them are shut down because of lack of funding and the ones that still operate are full.
Logothetis further explained that the living conditions are unhealthy. “This is hell on earth,” she said at some point, describing a talk with a refugee who said they found slugs in their food.
However, Logothetis praised the work of volunteers. NGO workers, locals and the island authorities who work tirelessly to make the refugees feel more comfortable.