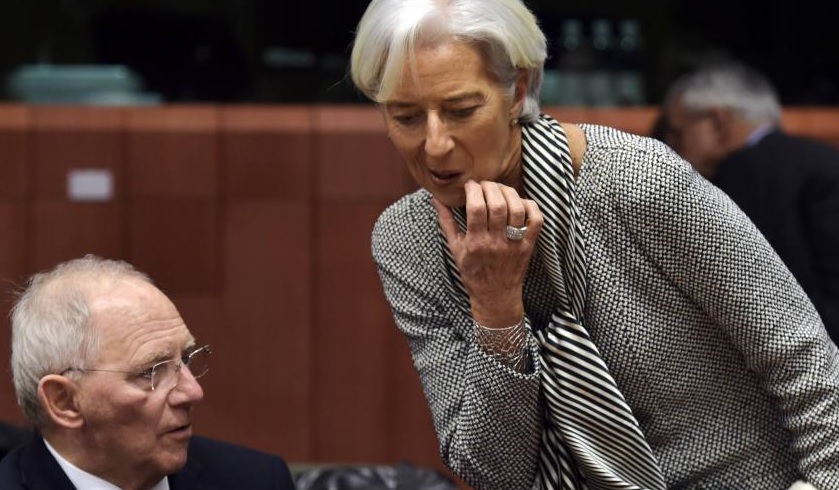 International Monetary Fund chief Christine Lagarde said there is still distance to be covered on the Greek debt issue while German Finance Minister Wolfgang Schaeuble said Europe sticks to the May 2016 agreement between Greece and creditors.
The two officials spoke to reporters on Thursday, during the G7 summit taking place in Bari, Italy. The IMF managing director said she will continue to work on the Greek debt relief package because it is “imperative.” However, she noted, there is no clarity on the issue from the part of European institutions.
At the same time, the German minister told reporters that he hopes there will be a political agreement at least on Greece’s bailout program review in the May 22 meeting of euro zone finance ministers. He also reiterated Lagarde’s position that there is still work to be done from the Greek government.

When asked if he is preparing to improve the conditions for debt relief for Greece, Schaeuble replied: “We are prepared to stick to what we agreed in May 2016. That is the basis on which we work … I am still in favor to find a solution, at least a political solution, in the Eurogroup on May 22.”
Officially, the issue of Greece’s debt is not on the agenda of the G7 finance ministers and central banks’ talks, but is being discussed extensively on the sidelines, an EU official said.