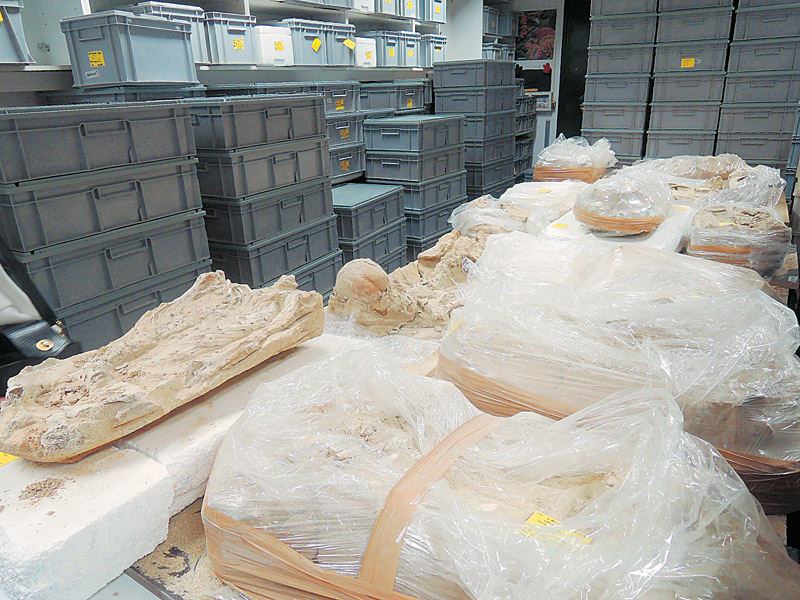 Archaeologists and scientists of the American School of Classical Studies at Athens are to study 1,070 skeletons found at Faliro, dating from around 2500 BC.
The skeletons — that archaeologists believe belong to captives or slaves since they were found in shackles — were dug out of the ancient cemetery at Faliro, a southeastern seaside suburb of Athens. This is the largest and most extensive necropolis of the ancient world, among the most important antiquities found ever. Archaeologists believe that by “decoding” the skeletons and their identity, they will learn important things about ancient Athenians.
The skeletons are carefully preserved and guarded in the premises of the American School of Classical Studies in central Athens. Researchers have started the study of hundreds of thousands of bones.
The colossal project that will cost about one million euros is funded by American and Greek individuals. There are 1,300 crates containing bones of humans, equine and other creatures. It will take scientists and archaeologists at least six years to examine, study and preserve the 1,070 “Captives of Phaleron” as they have named them. Many of the skeletons were found with their hands tied to their backs and with the faces in the soil. The researchers will have to find out why they were tied, how they died or how they were killed, why they were buried together, what relation they had with each other, where they come from, if they were Greeks or foreigners, if they were Athenians, if they were slaves of prisoners of war and why they were killed, answering to as many questions as possible.
After answering all these questions, archaeologists will be able to draw conclusions about life in Athens in the period between the 8th and the 5th century BC.