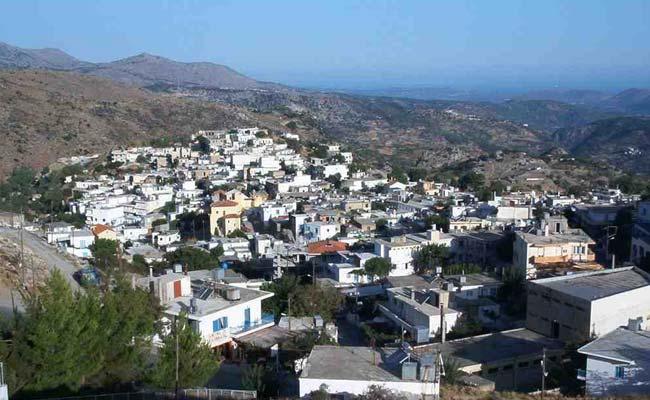 A 54-year-old man killed his 24-year-old cousin in Crete over a grazing land dispute on Sunday and police fear that a bloody vendetta may start between the two families.
Reportedly, in the past six months the two cousins were arguing about a piece of grazing land on the Psyloritis mountain where they were taking their sheep. On Sunday the two men wrangled again and the 54-year-old shot his cousin in the chest.
A police force was mobilized at Anogeia of Rethymno on Sunday to prevent a possible blood feud between the two families. The perpetrator has fled and his family left the area fearing retaliation.
Anogeia Mayor Manolis Kallergis told the Athens News Agency that the two families live in adjacent homes and called on the people to remain calm to avoid more violence. He also said that the perpetrator will surrender within the next two days.
“I am asking for all the guns to be put away and compassion, civility and love to prevail,” the mayor said.
According to Anogeia residents, a similar crime took place 100 years ago when two people were killed for a similar dispute, but they were not relatives.
Cretans and vendetta
Vendettas have been common in Crete and Mani (Peloponnese) in the past, even though the phenomenon is dwindling in recent years. The person who takes revenge for the family honor is highly respected in Cretan communities.
The word “vendetta” derives from the latin verb vendigo, which means “to take revenge.” The word’s origins are rooted back in the Homeric era. Vendetta is a murder committed in order to avenge another murder or an attempted murder, usually between families, as blood washes the dishonor.
A famous vendetta took place in Faratsi village in the Rethymno region. The village was abandoned by all, since all its residents lived under the fear of vendetta. In 1948 it was still a vivid village, until one day two children had a fight during a game and their families started a vendetta. Ever since, all residents feared each other and abandoned the village under the threat of a revenge.
Nowadays, although vendetta are not very common, in mountainous and remote regions, protecting the family’s honor is still a value preserved through vendetta murders.