There are Still Some Thorns that Prevent Agreement, Say EU Sources 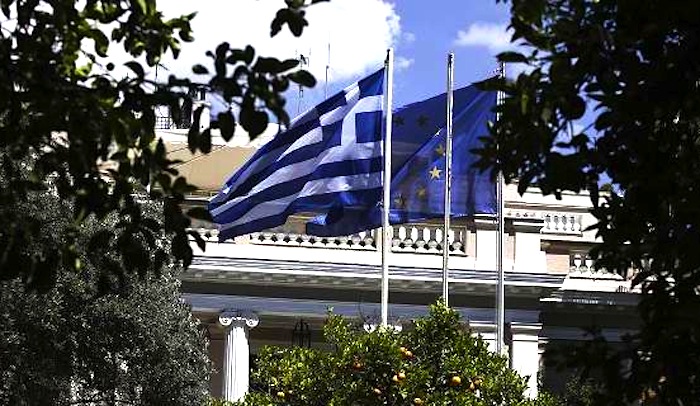 European sources on Thursday said that progress has been recorded in the deliberations between the Greek government and the institutions, noting that there are still, however, some “thorns” that do not allow the reaching of an agreement that will pave the way for a Staff Level Agreement.
According to information from Brussels the danger of new hurdles ahead of the April 7 Eurogroup meeting has not been eliminated yet, because the IMF’s demands for the liberalization of mass layoffs and lockouts are still “on the table” in the negotiations.
On the other hand, the Greek government has spearheaded labor issues and a rejection of the IMF’s positions and it is very difficult to step back on issues of principle, such as collective bargaining, mass layoffs and lockouts.

ANEL sources see staff-level agreement by Friday, citing FinMin’s briefing
A staff-level agreement (SLA) that will pave the way for concluding the second review of Greece’s program will be clinched by Friday, Independent Greeks (ANEL) MPs said on Thursday after a briefing given by Finance Minister Euclid Tsakalotos and Labor Minister Efi Achtsioglou. ANEL is the junior party in Greece’s coalition government.
Deputy Foreign Minister for expatriate Greek issues Terens Quick said the deal was “done” and the only remaining “thorn” in the negotiations before Friday was the fate of the Public Power Corporation (PPC), the country’s power provider.
According to sources within ANEL, labor relations issues were being examined at a higher level but were not an obstacle to agreeing an SLA by Friday. The reforms after 2019, they said, will include the reduction of the tax-free allowance to 6,000 euros a year and the battle was now centered on the size of pension cuts.
Among the ‘positive’ measures that will offset the reforms is a reduction in the ENFIA property tax by 200 million euros, with the government pushing for a greater reduction of 400 million euros and a 2% cut in taxation rates for individuals and businesses, while 120,000 children will be given access to daycare free of charge and without income criteria.
Regarding primary surplus targets, the sources said the 3.5% of GDP target will remain for three years and not 10, as originally demanded by the lenders. Agreements have also been reached on the IMF’s participation and financing of the Greek program, they added, while the short-term measures for Greece’s debt will be outlined in detail at the IMF’s spring meeting.
(source: ana-mpa)