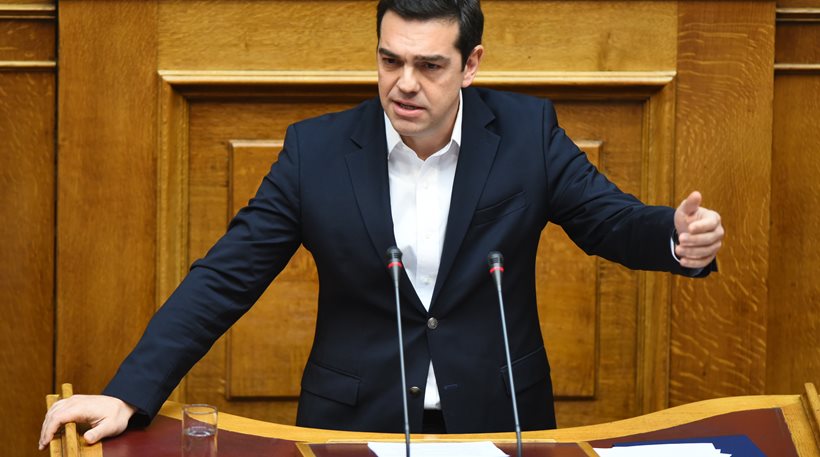 Speaking in Greek Parliament on Friday, Prime Minister Alexis Tsipras attacked previous administrations for the poor condition of the National Health System, while announcing a committee to investigate scandals involving previous health officials.
On the weekly “Hour of the Prime Minister” in the House, Tsipras answered questions on the public health system addressed by Centrists Union chief Vassilis Leventis. The centrist MP claimed that he receives requests from citizens to mediate so that their relatives can be operated on in public hospitals.
The prime minister did not answer any questions regarding the conditions in hospitals and the overall state of the National Health system today. Instead, he announced the establishment of a parliamentary committee that will investigate scandals that took place during previous administrations, namely the cases of pricing of the Novartis pharmaceutical company, misappropriation of advertising funds for the Hellenic Center for Disease Control & Prevention (KEELPNO) and shady management of funds of the Henry Dunant Hospital.
Tsipras also accused former health officials — without using names — of getting rich from funds allocated to health.
The prime minister said that his administration managed to incorporate 2.5 million uninsured Greeks into the National Health System. At the same time, he said, he had to deal with understaffed hospitals with no funds and huge debts to suppliers. He said that his administration managed to start paying hospital debts without generating new debts.
Under the circumstances, Tsipras said, the SYRIZA-ANEL coalition “performed small miracles” and “I am very proud of that.” He also promised that 12,000 people will be hired in the National Health System, without specifying a time frame.