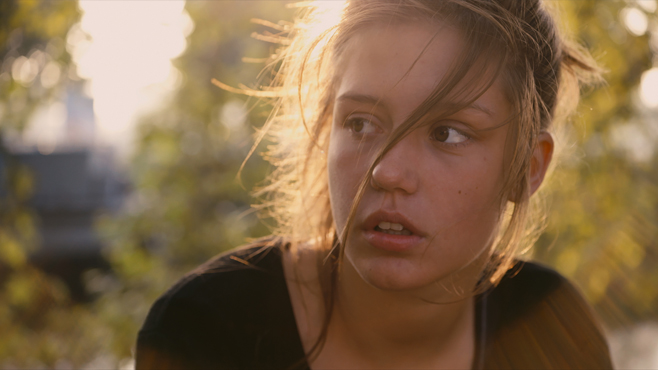 The 23-year old French-Greek actress is pregnant, but she is notoriously private about her private life, so the father and how far along she is in her pregnancy are not currently known.

Exarchopoulos was at the show partly because she has appeared in plenty of Louis Vuitton advertisements, thanks to her unique understand style and natural beauty.

The actress was recently cast in “The White Crow”, a movie that will be directed by Ralph Fiennes and is slated to start filming this summer.

Congratulations again to the young actress on her pregnancy!