GRNews
GreekReporter.comGreek NewsEconomyFood Sales in Greece Drop Due to Crisis

Food Sales in Greece Drop Due to Crisis 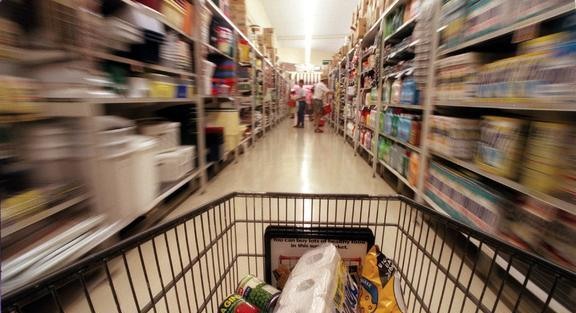 Food sales in Greece have dropped by 18 percent since 2009 as Greeks have cut down on groceries due to the economic crisis, according to a Nielsen survey.
The figures show that Greek citizens have reduced consumption of many food items and keep buying only the basics. In 2016 alone, food sales dropped 4 percent. It is expected that there will be a 2-3 percent decrease in 2017 as well.
Last year the total sales of food items in super markets and small grocery stores amounted to about 10.78 billion euros, down 4.1 percent from 2015. The amount is close to sales in 2005, even though taxes and value added tax were lower 11 years ago.
In 2009, food sales reached a record high, totaling 13.15 billion euros. However, as Greece entered the first bailout program in 2010, the demand for food items started to drop. The decrease was also attributed partly to the closing down of small grocery and convenience stores. Specifically, in 2005 there were 32,000 small food retail stores. In 2015 their number was reduced to 27,000.
According to the survey, the drop in food sales is not contributed to recession alone but also to the fact that last year was marked by mergers, bankruptcies and merger acquisitions of super market chains as well as the closing of small grocery and convenience stores.
The Nielsen data also show a major trend toward concentration expected to increase in the coming years. Characteristically, in 2005 the 10 biggest food retailers accumulated 65.7 percent of the sector’s total turnover. In 2016 the top-10 super market chains made 76 percent of total food sales.
Big super markets saw their sales drop to 9.49 billion euros last year from 9.9 billion in 2015, which is a 4.5 percent decline.