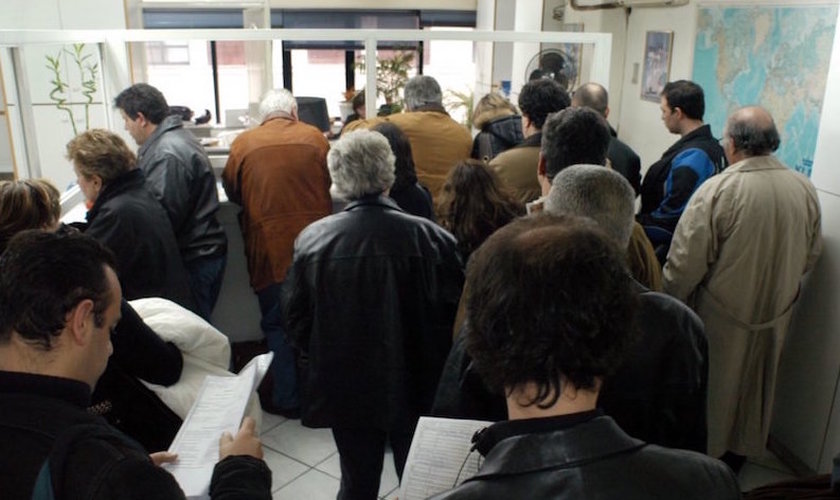 One in two Greek taxpayers owes money to the debt-ridden state, totaling 94 billion euros, says the Finance Ministry’s General Secretariat for Public Revenue.
New figures show that 4.3 million taxpayers have accrued debts in excess of 94 billion euros, forcing tax authorities to take more strict collection measures. The Greek State is already seizing bank deposits and other assets of tax dodgers. So far, 826,211 taxpayers are on the list with more to follow. One in three debtors will see his assets seized to the amount of debt.
Until the end of 2015, total debts amounted to 81.6 billion euros. Of this, more than 8 billion euros are debts of state-owned businesses and municipal authorities, while about 12 billion cannot be collected as it is owed by private businesses that have gone bankrupt.
Individuals and businesses owe another 61.8 billion euros to the Greek state. Also, 157 million euros are owed by companies issuing fake receipts and invoices.
Debts accrued in the January-November 2016 period amount to 12.6 billion euros, though the actual figure is much higher as this does not include debts from indirect taxes, fines, or customs fees.
In October alone, unpaid taxes reached 890 million euros, while collection measures are expected to be taken against another 1.7 million taxpayers with debts to the state.