Alexander the Great Monument in Pakistan 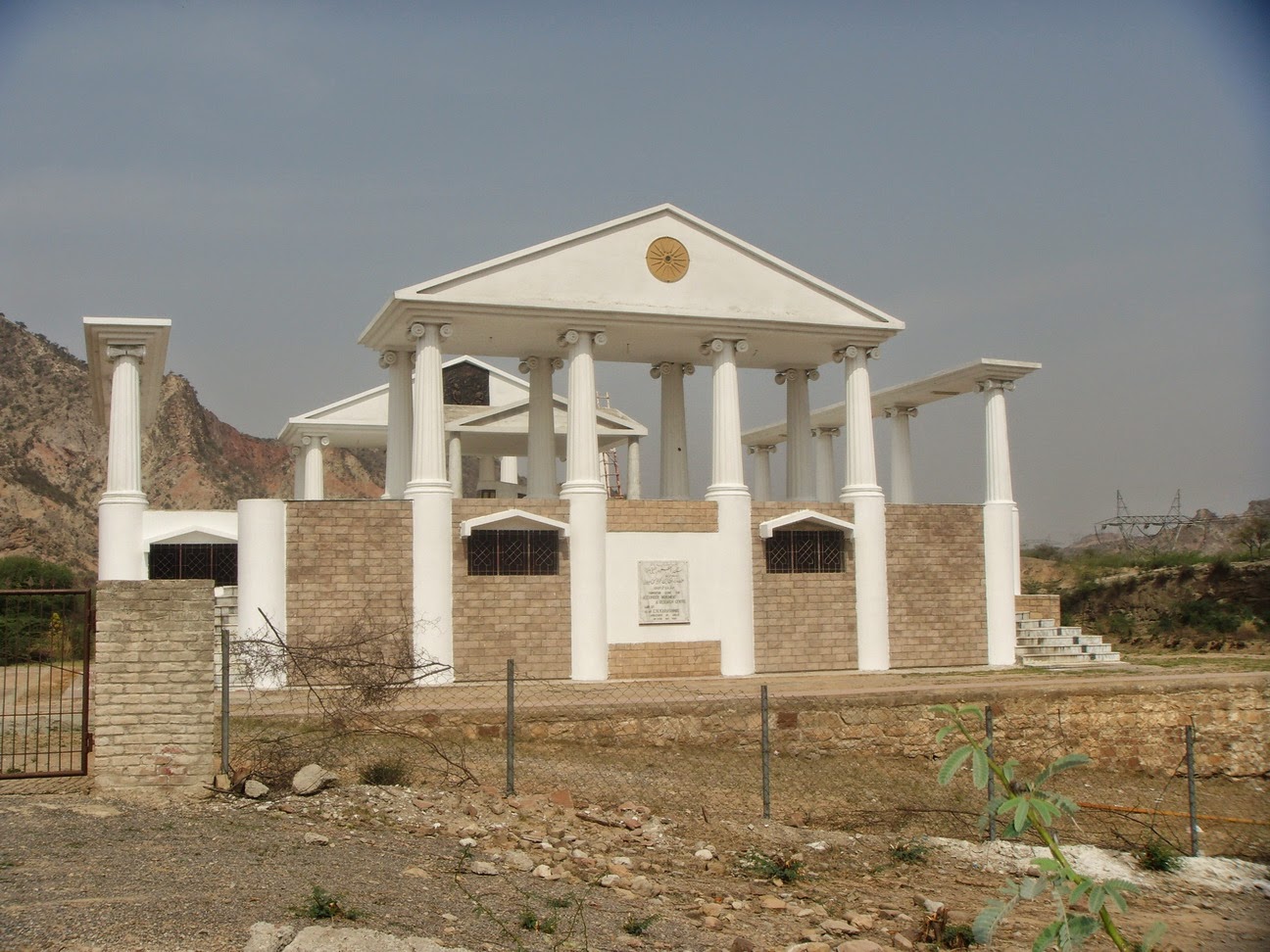 It is about a two and a half hour drive from Pakistan‘s capital, Islamabad. The closest town is called Jalalpur Sharif, in the Jhelum district. It is remote and isolated, yet it is an Alexander the Great monument.

There are no signs that lead there and it cannot be seen from the road because trees block the view. Most locals do not know about it. The monument is about 60 square meters and there is one guard there.

It is a big building with a blend of Greek architecture. It has several rooms and the roof is used as a big platform on which there are four-sided Greek style arches. It is made of marble and its white building attracts the eye from a distance.

The gables and columns are characteristically Greek, and on the gables there are battle depictions and the star of Macedonia. In the center of the monument there is a cylindrical base having a marble plate with a colored map of the entire campaign of Alexander the Great.

Alexander founded a town in the area and named it Bucephala, after his horse Bucephalus. The town later acquired the name of Girjakh and finally named Jalapur by its ruler Malik Darwesh Khan Janjua in honor of Moghul emperor Jalaluddin Akbar, who visited this town.

Alexander had buried his horse near the modern day town of Jalalpur Sharif, just before or after his famous battle of Raja Porus on the other side of the river Jhelum in May, 326 BC. He probably built a monument as well. But no traces of that are to be found.
However, in 1997 due to the interest taken by Dr. Abdul Qadeer Khan, the monument was built.