'ToposText' App Brings the Ancient Greek World to Your Smartphone 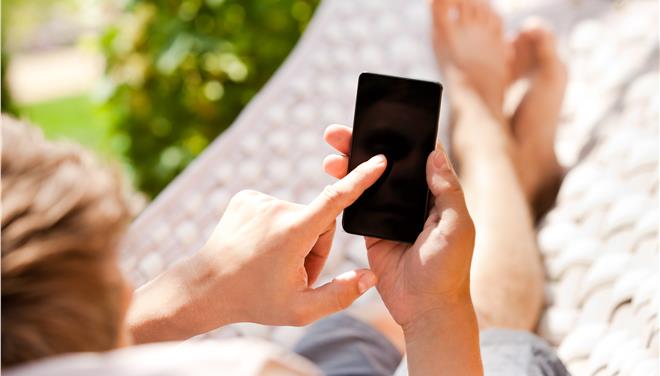 History and archaeology enthusiasts, researchers, students and also ordinary travelers can now have access to thousands of mythical and historical locations and a slew of ancient texts referring to them with one click on their smartphones through the new free app called ToposText.
The idea belongs to Brady Kiesling, a former ancient historian and archaeologist from California who returned to scholarship after working for twenty years as a diplomat for the U.S. State Department in Israel, Morocco, Greece, and Armenia. The implementation was done by the IT company Pavla AE and was supported by the Aikaterini Laskaridis Foundation.
According to its creators, TT presents 5,000 places relevant to the ancient Greek world, from ancient cities and shrines, medieval castles and towers, modern museums and excavation sites. TT shows locations of antiquities primarily in Greece but also does include some major places from Spain to the Caucasus.
The application links those places to the ancient authors who wrote about them in Greek or Latin, using a huge library of ancient texts married to a detailed gazetteer.
Selecting a site from either the list or the map opens up a table of two-line snippets from ancient authors, headed where available by a modern description, whereas selecting from this index list, which can be filtered by date, genre, and relevance, connects one to the full text of 240-odd works in English translation, some with the original Ancient Greek as well. Thus, at a glance and from any location, you can select and read the passages in ancient literature that give a place to
its historical and cultural meaning.
The app is available for iOS and Android smart phones and tablets and a new website will be available on Dec. 7.
The ToposText website includes:
– A portable library of ancient texts with more than 530 sources on Greek history, mythology and geography in English
– A database with more than 5,350 ancient locations, modern museums and archaeological sites, which covers the entirety of the ancient Greek world
– An interactive map and index which links every location with the ancient source for which it has some reference
– An index of thousands of proper names
– Specific coordinates that allow the user to enlarge an area in the map enough to actually see the ancient ruins
An event to present the application to the public will be held on December 7, at the Historical Library of the Aikaterini Laskaridis Foundation, at 7p.m. Speakers include Dr. Eleni Korka, director general of Antiquities and Cultural Heritage at the ministry of culture, Brady Kiesling, Dr. Elton Barker, co-founder of Pelagios Project at the Open University in the UK and Dr. Stavros Paspalas, deputy director of the Australian Archaeological Institute.
Source: ANA-MPA