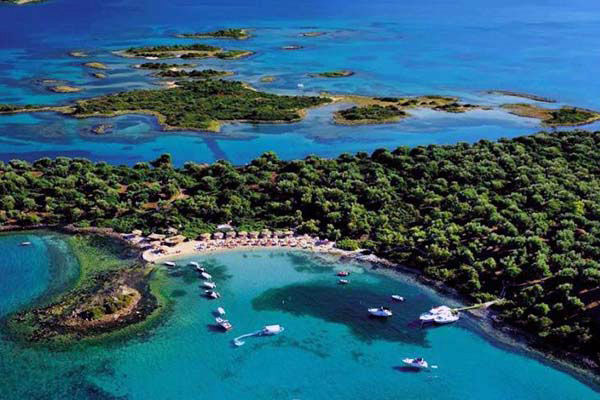 There is history and mythology abound throughout Greece, and Lichadonisia is no exception.
The enticing and magical tales of the creation of this island complex located north-east of Euboea, in the North Euboea Gulf only adds to the allure of the seven islands and islets.
According to Greek mythology, Herakles won his bride, Deianira, as a battle prize. As Deianira was on her way to her new husband by boat, the ferryman, a centaur named Nessus tried to rape her. Herakles saw the attack from the shorelines and shot a poisoned arrow and as Nessus was dying he told Deianira to take some blood from his tail to ensure her husband would remain faithful to her. 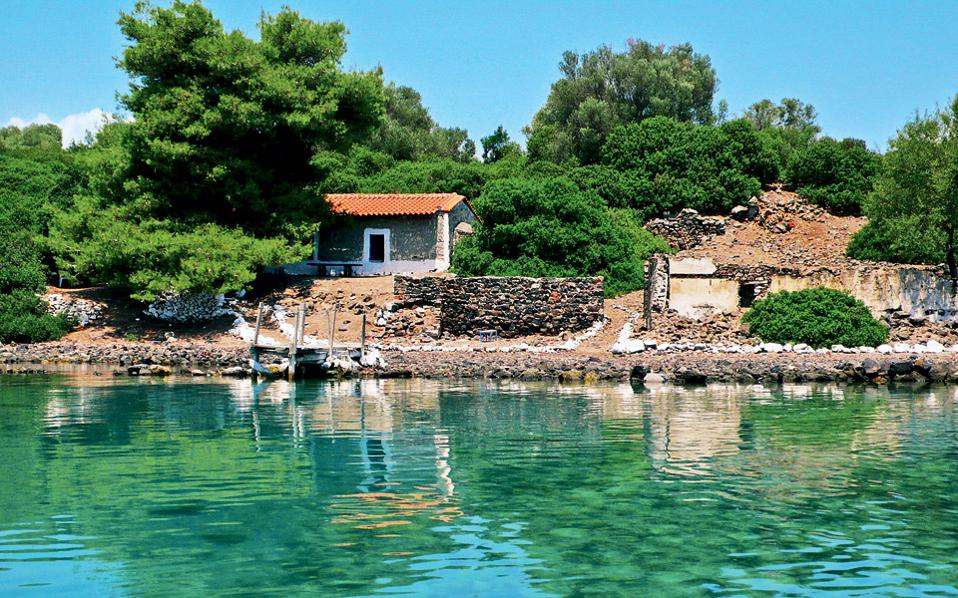 However, over time Deianira believed that her husband was cheating on her so she sent him a poisoned cloak as a gift with his servant Lichas.
Herakles realized that the cloak was poisoned so he threw the servant, Lichas, into the sea where he broke into pieces. It was then that the god Poseidon turned him into stones creating the Lichadonisia Islands.
Of course, there is another explanation for the formation of the islands. The natural phenomenon of a massive earthquake in 426 B.C. caused pieces of land to sink into the sea.
The mythical isles are often compared to the Maldives, and Seychelles. They are currently uninhabited and protected natural habitats. Composed of seven isle and islets Lichadonisia boasts islands Manolia, Strongyli, Mikri Strongyli, Steno, Vagia, Vorias and Limani.
The biggest isle, Manolia is the only island that has had residents in the past and has a stunning beach that tourists flock to each summer. The island has abandoned homes scattered about creating an eery feel as you explore the terrain, however, the island is fully equipped for tourists.
Strongyli is the second largest of the group and is famous for its beautiful and mysterious lighthouse.
The other isles are just as enchanting and are travel destinations for divers to explore nearby shipwrecks and holiday-goers alike.
All seven isles are ideal day-trips with private boat services regularly traveling from the mainland.