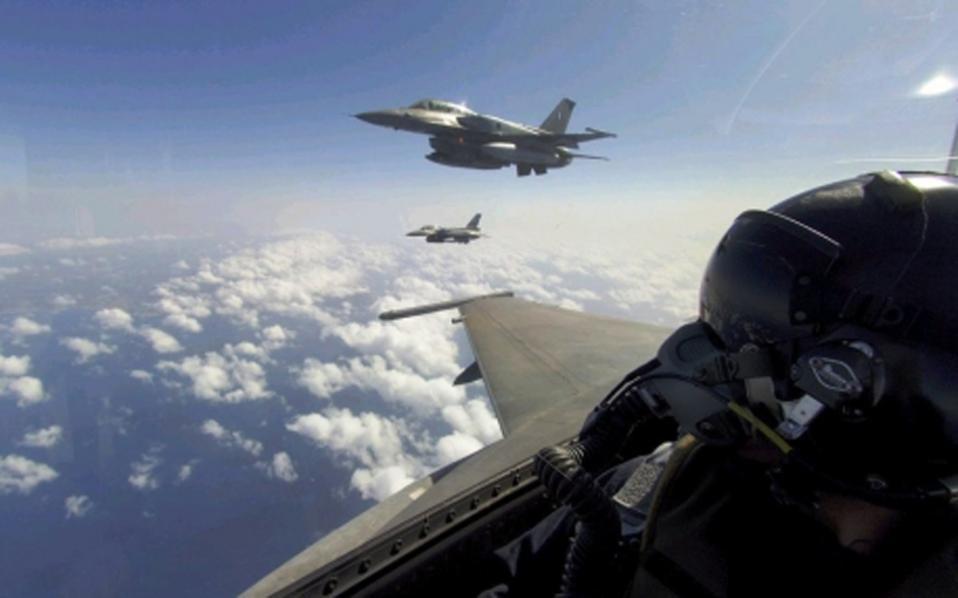 Two Turkish warplanes that violated Greek airspace over the Lesvos-Chios-Samos islands area twice, were involved in dogfights with a pair of Greek F-16 fighter jets on Monday.
The Turkish F-16 entered Greek airspace in the area of Lesvos and Chios early in the morning and were intercepted by the Greek planes.
However, instead of exiting Greek airspace and return to Turkey, the two fighter jets moved toward the Chios and Samos, thus remaining inside Greek airspace.
The Greek fighter jets followed the Turkish pilots and were involved in a second dogfight. After the interception though, the Turkish pilots defied the warning and moved toward the Dodecanese instead, exiting Greek airspace from the area south of the island of Rhodes, before they returned to the Turkish air base of Dalaman.
The invasion to the Greek airspace was another one of the recent Turkish provocations, following the Turkish government’s attempt to dispute the sovereignty of certain Aegean islands that belong to Greece and challenging the Treaty of Lausanne.