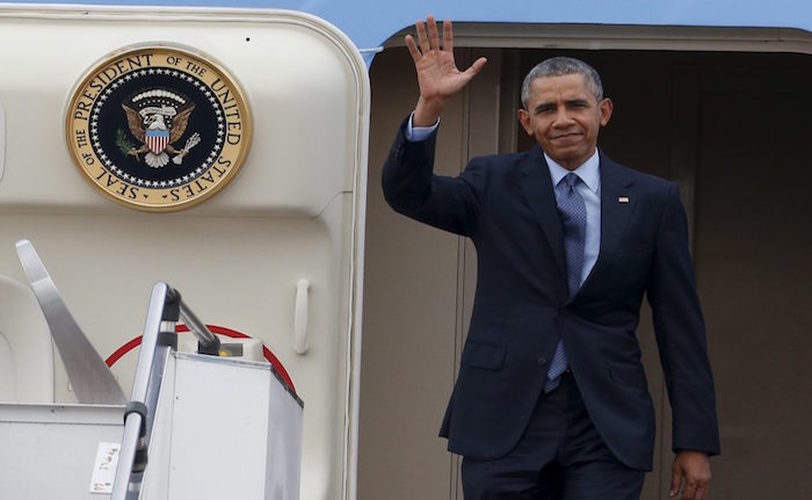 The arrival of Barack Obama in Greece on Tuesday marks the fourth visit of a U.S. President in the country, 17 years away since the last one.
Dwight D. Eisenhower was the first American President who visited Greece. Eisenhower came to Greece for two days, December 14-15, 1959, as a stop in his “peace and goodwill” tour that included visits to 11 countries. 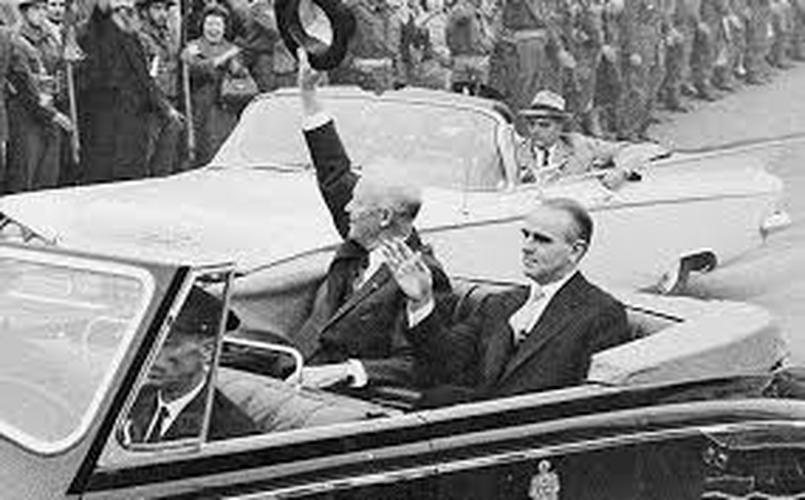 The Cold War between the U.S. and the Soviet Union was in effect and international conflicts were in progress, such as the one between Pakistan and India at the time. The nuclear war threat was looming large, and the U.S. President was making an effort to create awareness and called on international leaders to unwind and work toward peace.
Eisenhower was received with great enthusiasm by citizens of Athens. According to newspapers of the time, one million people rushed to the streets to see the first ever American president who visited the country.
Greece’s royal couple Pavlos and Frederica, Prime Minister Konstantinos Karamanlis, cabinet members and the leadership of the Greek Armed Forces met with Eisenhower and talked about the importance of a good relationship between the two allies and the contribution of U.S. financial aid in rebuilding the country after WWII and the Greek Civil War. 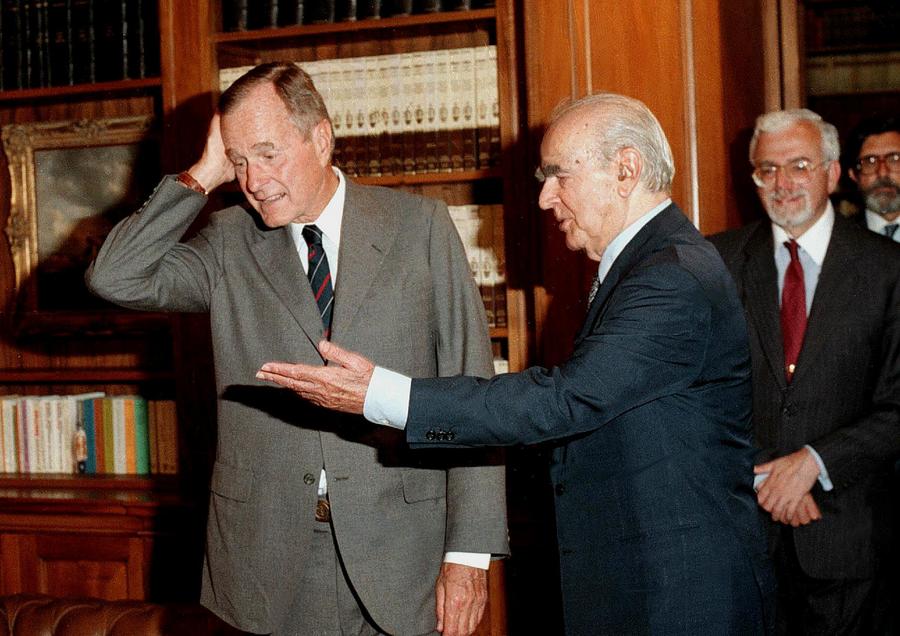 On July 19-20, 1991, the Greek-Turkish relations were tense over the Cyprus issue and U.S. President George Bush visited Greece as a mediator, prior to his trip to Ankara. He met with Konstantinos Karamanlis, who at the time was President of the Republic in the Konstantinos Mitsotakis administration. Bush, however, disappointed the Greeks saying that the invasion of Cyprus by the Turks was different from that in Kuwait by the Iraqis, since the Persian Gulf War was recent.
Yet, the U.S. President praised the Greeks for their support in the Gulf War and spoke with the Greek cabinet for further defense and economic cooperation. 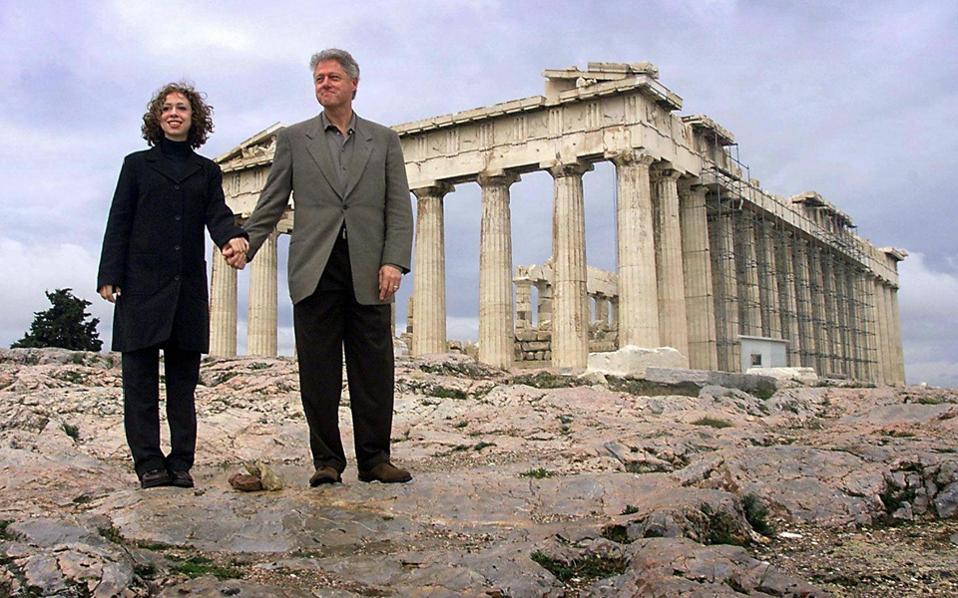 The Bill Clinton visit in Athens was not as peaceful, though. In fact it was quite the opposite, marred by destructive riots, vehement anti-American demonstrations, vandalisms, injuries and arrests.
The visit was only months after the bombings on Serbia by NATO air forces. NATO launched the air strikes against Serbia, because the latter refused to sign the agreement on Kosovo’s future. According to Human Rights Watch, 500 civilians lost their lives during the bombings.  There was a lot of anger in Greece at the time, and Clinton, or any U.S. President for that matter, was persona non grata in Athens.
It was November 19, 1999 when the U.S. President landed in Athens coming from the Organization for Security and Co‑operation in Europe (OSCE) summit in Istanbul. The reason of his visit was, again, Greece-Turkey relations and the Cyprus issue.
The American president had talks with the President of the Republic Kostis Stephanopoulos, who underlined the intransigence of Turkey, requesting respect for international law and stressing that Turkey’s claims over islands and islets of the Aegean should not even be expressed, as the only real problem is to define the limits of the continental shelf.
During the meeting with Prime Minister Costas Simitis, the American President said that the differences between Greece and Turkey should be brought before the Hague Tribunal or another mutually acceptable body and that Turkey cannot become a European Union member as long as the Cyprus issue is not resolved.