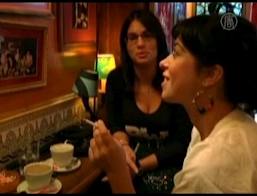 A joint British-Greek study by the Imperial College of London (ICL), published in the “European Respiratory Journal,”  studied respiratory-related deaths in Greece during the years of the economic crisis and found that there had been a decline. The scientists studied data of the Greek Statistical Service (ELSTAT) between 2001 and 2013 and found that there were 8,202 less deaths from 2010 until 2013.
The study led by the ICL Public Health Department Head Phillip Phillipidis indicated that in 2013, there were 10,974 deaths (10 percent of total deaths) due to respiratory diseases of which two thirds were due to lung cancer. There was an average 3.2-percent decrease in deaths related to the respiratory system from 2009 (97.1 deaths per 100,000 people) to 2013 (84.4 deaths per 100,000 people).
According to the findings, the decrease in deaths were linked to the economic crisis as less Greeks could afford the price of a packet of cigarettes due to the drop in their disposable income. Hence smokers fell from 42 percent in 2009 to 38 percent in 2014 with cigarette consumption down by 37.5 percent in the same period.
The Athens National Observatory adds that the reduction of car use due to fuel costs and slashes to income also saw an increase in air quality.

For thousands of years, Greek honey has been collected for its delicious, sweet taste and healing, nutritious properties.
Culture

On a day like this on February 28 1943, Athens was mourning one of the nation's greatest poets: Kostis Palamas had died the day before.
Ancient Greece