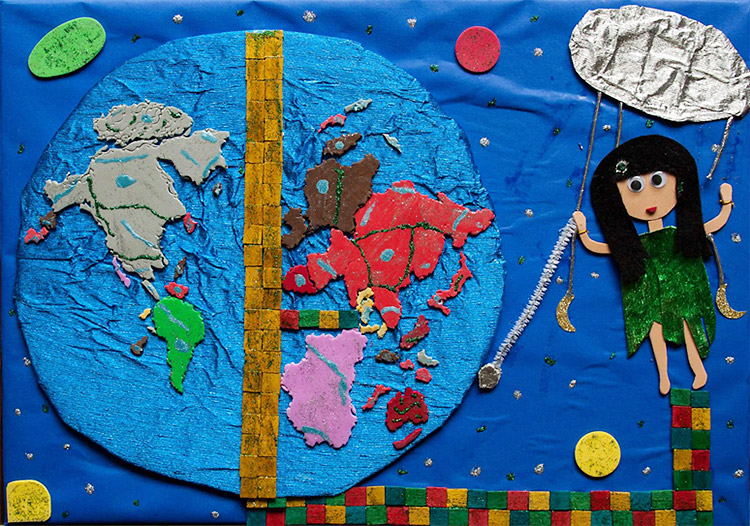 Three Greek pupils with visual impairment won first prize in an international map painting competition.
The international competition is titled the “Barbara Petchenik Competition” and the theme was “My place in today’s world.”
Three pupils of the Special Elementary School for the Blind of Kallithea, in Athens, were awarded the first prize in the 9-12 years category. Alexandra Papadopoulou, Maria Katopodi and Christina Louko presented the project “My place in today’s world through my perspective.” The map they designed is a tactile painting.
A total of 189 paintings from 38 countries were presented and judges selected 12 projects for awards from four age categories.
The Greek participation in the contest was organized by the Hellenic Cartographic Society and from the 360 projects submitted by students of primary schools and high schools from all over Greece, six were selected. Then they were submitted to the 27th International Cartographic Conference in Rio de Janeiro, Brazil.
The tactile map created by the three pupils is exhibited the Museum of Byzantine Culture in Thessaloniki for the 14th National Cartographic Conference, entitled “Cartography in a changing world”.