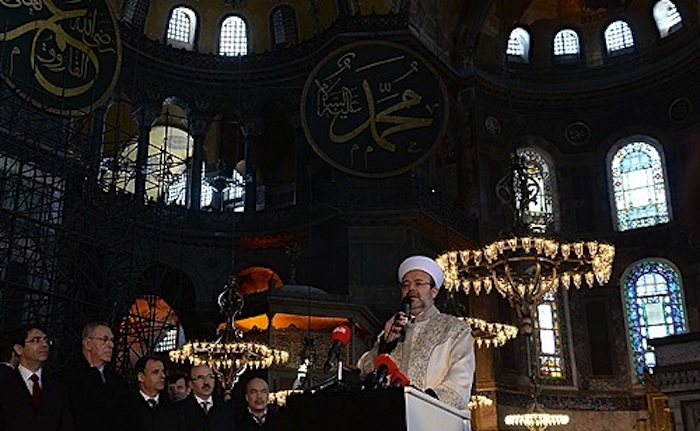 The position of Imam at Hagia Sophia that was established in 1936 but remained vacant for years has now been filled, as a permanent Imam has been appointed.

“Now out of the four minarets of Hagia Sophia we will be hearing the voice of the Imam five times a day when until now it was only twice a day,” Turkish media reported.

According to the decision of the Mufti of Fatih district and the Religious Affairs Service where Hagia Sophia belongs, the new permanent Imam will be responsible for all prayers of the day, Eleftheros Typos newspaper reports.

Hagia Sophia, the Orthodox Temple of Constantinople and the Byzantine Empire, was turned into a mosque in 1453, after the city was taken over by the Ottoman Empire and was renamed Istanbul. It served as a mosque until 1931. Then it was secularized, and in 1935 it was converted to a museum.

On Saturday the permanent muezzin chanted the azan, the Muslim call for prayer.