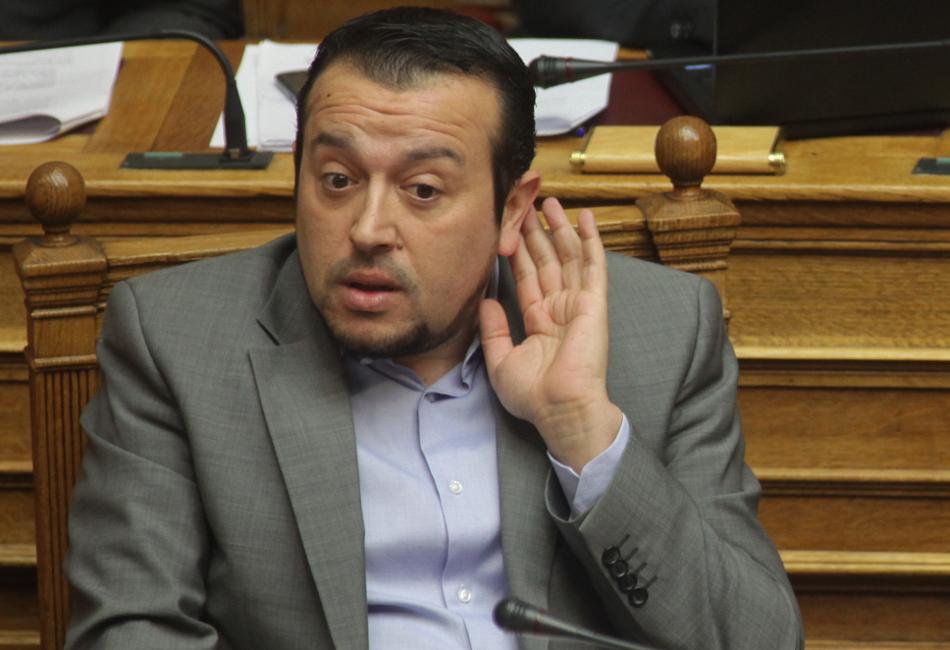 The accusations of government newspaper Avgi against the vice president of Greece’s highest administration court have caused an uproar in light of the ongoing session on television licensing.
Avgi published the name of the Council of State vice president who is allegedly involved in a sex scandal in the past. Of course Avgi had to wait until the television licensing hearing was in order to condemn the “corrupt” judge and ask for disciplinary actions. Justice Minister Nikos Paraskevopoulos rushed to order a disciplinary investigation.
Judges and media reacted calling the allegations invasion of privacy, as the evidence Avgi claims come from hacking the judge’s email account. The press and opposition parties alleged that this is an effort to blackmail the particular judge to vote favorably for the government’s proposed bill on television licensing. The justice minister made a 180 degree turn asking for an investigation on invasion of privacy of the judge.
Character assassination is a known method authoritarian regimes use in order to get rid of people who oppose their policies. The timing of the “exposure” of the alleged scandal and the name of the judge by the government newspaper and the Tsipras-friendly media reeks of manipulating efforts. As did last week’s statement of President of Council of State, Nikos Sakellariou.
Last week Sakellariou said to the press that in the case of the television licensing, and any other case, the Council of State “listens to the pulse of society.” Well, the job of the highest of administrative court, or any court, is to serve justice, not to listen to society’s pulse. Only politicians, sociologists and… doctors should listen to the pulse of society.
The Sakellariou statement was in line with what the government keeps repeating: “Greek people elected us to bring order to the television landscape (!) and end corruption in media.” No one in their right mind would think that Greek people who get poorer every day after the new tax raid care if the TV stations they watch have a license or not.
Also, one should keep in mind that Sakellariou was appointed by Alexis Tsipras in October 2015, right after SYRIZA won the second election of that year. Not to mention that right before the appeals of TV station owners came to court, the prime minister called the three presidents of Greece’s highest courts — the Supreme Court, Court of Audit and Council of State — and promised salary raises to the top judges of the three judicial bodies.
On Tuesday evening, the Council of State, with votes 16 for and 9 against, accepted the appeals of existing television stations against the new bill on broadcasting licenses . The court will next decide whether the bill that allows only four television stations to broadcast nationwide and the auction procedures are constitutional.
State Minister Nikos Pappas — who has drafted the absurd bill and invented the even more absurd license auctioning procedure — had started acting like a dictator saying that the existing stations that haven’t acquired a license will shut down three months after the auction. On Friday night, however, he tried to pass an amendment on the sly. The amendment said that the stations will have to close five days after the bill is published in the Government Gazette. Luckily for freedom of speech, his devious effort did not succeed. Even House Speaker Nikos Voutsis reacted, along with opposition parties.
Pappas was trying to pass the amendment before the final decree of the Council of State. Insisting to perpetuate his mistake, he stated that the media and the opposition wage war against him in order to keep their corrupt relationship.
On Wednesday morning Pappas appeared on the state broadcaster (ERT) saying that if the Council of State rules that the broadcast licensing bill is unconstitutional, then Greece will return to the existing corrupt model in which television stations operate without a license. He spoke of a vicious war against him and the prime minister from the corrupt media and their owners cohorting with previous governments. This sounded like Al Capone accusing the police of waging a war against him. When Pappas was exposed having a leisurely weekend in Manhattan with his buddy on the expense of the (tight) state budget, he accused the two reporters as being on a mission to defame him on behalf of two television stations that failed to get a license. Again, like Al Capone accusing the newspapers for calling him a bad guy who breaks the law.
For Pappas and other leftist ministers who naturally failed to deliver on their false promises to Greek society, criticism equals war and political opponents equal enemies of the people. Like in communist states.
In the effort to silence television stations that criticize their austerity policies and expose their scandals, the SYRIZA government has made some serious mistakes. They tried to circumvent the justice system and the Constitution. When that didn’t work, Tsipras, Pappas and company resorted to mafia-style methods. Luckily for the Greek people, their methods were exposed by the media, while the honest judges of the Council of State did not support their plans by accepting the appeals of the television stations. Now it remains to be seen if they rule that the unconstitutional Pappas bill is unconstitutional indeed.