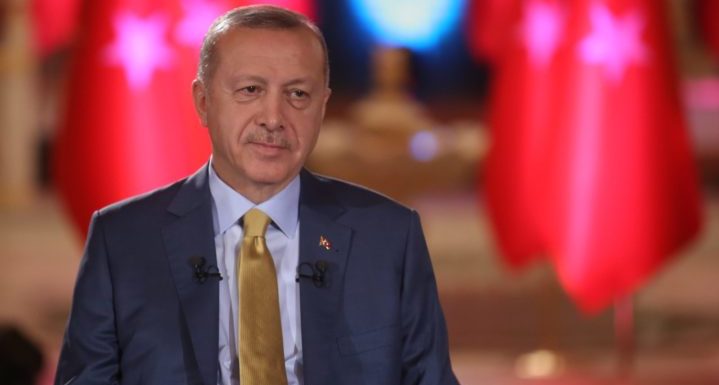 Turkish President Recep Tayyip Erdogan gave what seemed like a prelude to war while speaking at a Turkish University. He said that “Turkey isn’t just Turkey,” adding that apart from its 79 million citizens there were hundreds of thousands of other “brothers” in the geographical regions to which it had been historically and culturally bound, pointing to “western Thrace.”
Erdogan did not stop there, making new territorial claims that expand from Azerbaijan to Mosul and half of Greece up to Thessaloniki. Regarding Mosul, Erdogan said that Turkey could not remain inert. “What are they saying? That Turkey will not enter Mosul. How can I not enter?” asked Erdogan. “I have a 350 kilometer-long common border and I am under threat at this border.”
“We will be part of the operation and we will be at the table,” he said. “It is out of the question that we will not be involved.”
Erdogan maintained that certain historians believe that the Turkish national borders extend to Cyprus, Aleppo, Batumi, Mosul, Erbil, Kirtzali, Varna, and the Aegean islands.
Greek Reaction Lost in Translation
The Athens News Agency’s report from Istanbul stated that Erdogan had reportedly referred to his intent to host a referendum on western Thrace. The news wire was based on a source from Turkish daily newspaper Sabah. Much later, a correction was made as the report on the referendum had been incorrect.
The Greek Foreign Ministry rebuked Erdogan for the statements he had reportedly made. “To publicly stir up historical and especially border issues that the Treaty of Lausanne has settled finally and irrevocably, establishing objective facts binding for all, is provocative and undermines regional stability,” the foreign ministry announcement said, relying on the AMNA-MPA’s sources. “Respect for international law and international treaties demands the formulation of responsible positions, keeping away from outdated revisionism.”
As a result of the mistake that nearly caused a diplomatic incident, the Athens News Agency’s foreign correspondent in Turkey was dismissed.
Here are excerpts of Erdogan’s speech translated by France24: