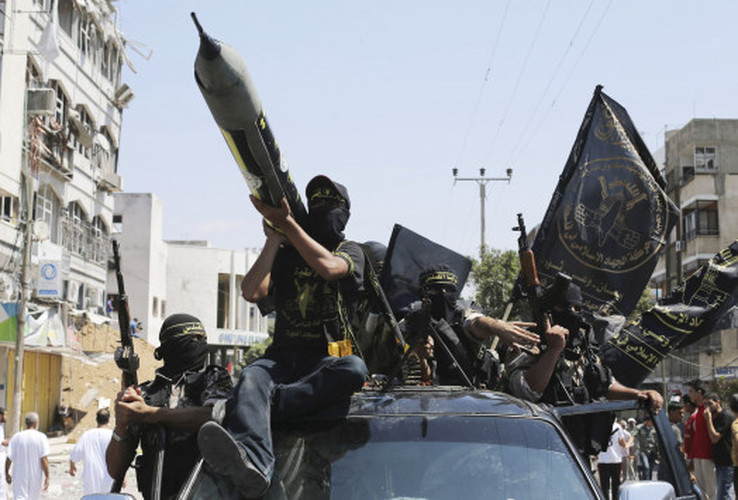 (Reuters)
The ring of truck thieves that was dismantled in Athens last week was selling auto parts to Islamic State and African militia groups, Greek police says.
The disclosure that parts from the stolen vehicles were cut in an Aspropyrgos scrapyard then were secretly shipped to northern Africa, sounded the alarm of western secret services.
The parts were put in containers and were sent to Yemen and Libya, where ISIS forces operate. It is suspected that from there they were sent to Syria.
A Greek police officer close to the investigations said that, “There are suspicions and indications that the parts of the trucks and semi-trucks the ring was stealing and then ‘cutting’ ended up in militia groups in North Africa and ISIS. Given the fact that Islamist fighters cannot repair their vehicles because of lack of spare parts, the fundamentalists of the Islamic Caliphate pay high prices for a container full of parts.”
The ring leaders were a man from Somalia and a Cameroon native. A Greek man who was known for his affiliation with anarchist groups in the 1990s was also involved in the gang operations.
As soon as Greek authorities discovered the route of the stolen parts, they notified the National Intelligence Service (EYP). Western secret services were notified as well. Investigating the bank accounts of the two African men, EYP found that large amounts of money from Yemen, Libya and other Middle Eastern countries were transferred.
Western intelligence services confirmed that the Islamic State pays hundreds of thousands of dollars for a container full of vehicle parts.

Turkish President Recep Tayyip Erdogan referred to the Aegean Sea by the name “Sea of Islands”, as he continued his provocative rhetoric against Greece.
Charity