GRNews
GreekReporter.comEuropeNew Turkish Landmark Law to Give Greek Minority Right to Choose Their... 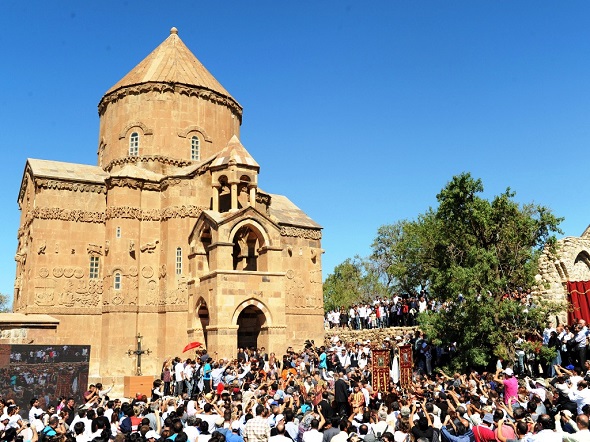 A new draft bill is planned in Turkey to lift state intervention into non-Muslim affairs in a landmark move that will give minority communities more freedom.

Non-Muslim minority community representatives met with a Turkish government minister on Wednesday in the hope that a resolution could be found for prolonged issues for Greek, Armenian and Jewish communities, such as the right to function independently in fundamental issues such as electing their own local leaders.

Turkish Deputy Prime Minister Veysi Kaynak said a legal amendment was forthcoming. This would allow the election of community leaders, handle the foundations run by communities in Turkey and other issues. Greece was represented in this meeting by Andonis Paryzyanos.

The Greek community of Turkey dates back to the pre-Muslim conquest of Turkey in 1453, and yet members of this group have been treated as second-class citizens with numerous disadvantages such as a controversial wealth tax in 1942 that had rich non-Muslims losing their fortunes overnight, as well as a program in 1955. In 1964, there was the deportation of non-Muslims married to Turkish citizens that split many Greek Orthodox families that had to leave behind loved ones to be with their spouses.

The new amendment could revoke a 1936 law that banned basic freedoms such as minority communities having the right to have an independent charter. The meeting of community members with the Turkish government shows an end in sight to at least one of the numerous challenges that the Greek and other non-Muslim minorities have faced.