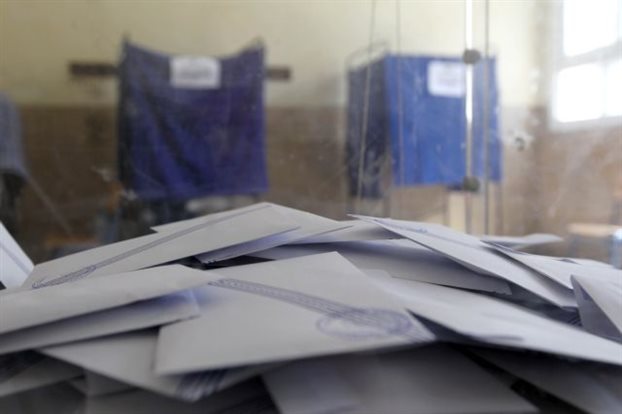 The Greek government is disputing recent opinion polls showing people’s dissatisfaction with the administration and presented cases of previous polls that proved to be wrong.
The reaction came after the government-endorsed Avgi newspaper published a poll that shows 90% of Greeks being dissatisfied with the government’s performance and 85% believe that Greece is moving in the wrong direction.
Maximos Mansion presented on Monday a report using figures of specific polls and the actual results of the July 2015 referendum and September 2015 elections. It shows in detail the forecasts of specific survey companies and the final result of the elections to demonstrate that they were significantly inaccurate.
Specifically, the prime minister’s office report shows what the pollsters predicted and what was the actual outcome after the ballot:
In the September 20, 2015 elections, SYRIZA won with a comfortable difference of 7.5 percentage points.
A September 11, 2015 GPO poll (Theodorikakos / MEGA) showed SYRIZA trailing after New Democracy by 0.2%. Error: 7.3%
A September 15, 2015 poll by METRON ANALYSIS showed a tie between the two major parties. Error: 7.5%
A September 15, 2015 poll by RASS showed New Democracy leading by 0.5%. Error: 8%
A September 16, 2015 poll by the University of Macedonia (Maratzidis / SKY) showed SYRIZA trailing by 0.5%. Error: 8%
A September 18, 2015 poll by RASS showed SYRIZA ahead by 0.8%. Error 6.7%
A September 18, 2015 poll by MARC found SYRIZA leading by 0.8%. Error 6.7%
Regarding the referendum of July 5, 2015, where the government was in favor of NO to the bailout program proposed by creditors and the opposition was for YES to the bailout program, NO was the winner with a huge, 22.6 percentage points difference between the two sides.
A July 1-3, 2015 MRB poll showed YES winning by 0.4%. Error 23%
A July 1-3, 2015 GPO poll showed YES ahead by 0.4%. Error 23%
A July 1-3, 2015 ALCO poll (for protothema.gr) presented YES as a winner by 0.6%. Error 23.2%
A July 1-3, 2015 Public Issue poll showed NO ahead by 0.5%. Error 22.1%
A July 1-3 July, 2015 ALCO poll (Ethnos) predicted YES winning by 1.3%. Error 23.9%
New Democracy asks for snap elections
The main opposition party replied to the Maximos Mansion non paper with a statement saying that the government is in panic after the latest poll results, especially the one published in party organ Avgi.
“The panic inside Maximos Mansion is overwhelming. Now they even challenge the poll published in Avgi newspaper,” notes the New Democracy press release in response to the government leaks.
“They have been obviously cut off from the Greek people, who are experiencing the harsh reality of overtaxing, unemployment and deviousness,” the statement continues. It also reiterates the call for elections: “Society calls for an end to the crisis. Society asks for elections, to get rid of the most dangerous and obsessive government the country has ever seen.”