GRNews
GreekReporter.comGreek NewsCultureRestored Fethiye Mosque in Athens to Open to Visitors in November

Restored Fethiye Mosque in Athens to Open to Visitors in November 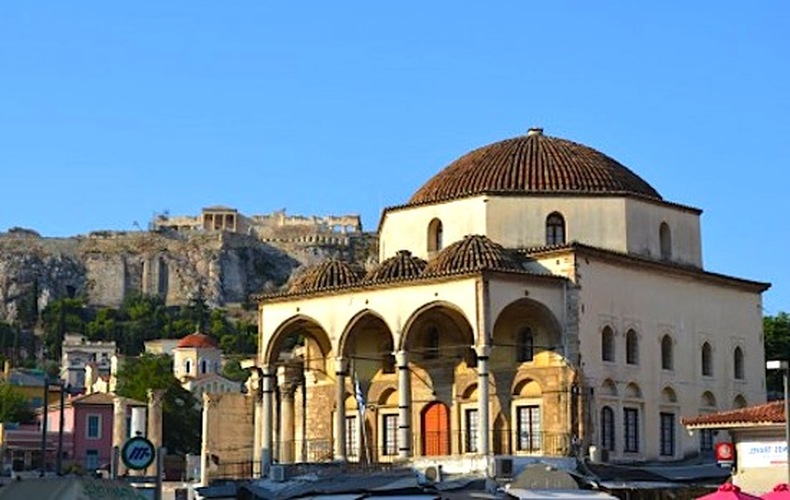 The Ottoman-era’s Fethiye Mosque (Fethiye Camii) located in the middle of the Roman Agora in central Athens will open to tourists and visitors by November at the latest, after going through extensive restoration, the Athens Ephorate of Antiquities told Athens-Macedonian News Agency on Thursday.
This will be the second monument located inside the agora that will be fully restored and open to the public, after the opening of the Tower of the Winds nearby. The building is one of the most important of the ottoman period in Athens’ historical center. According to the head of the Ephorate, Eleni Banou, the 17th century mosque will also be used for temporary exhibitions and other events relating to Athens and its architecture.
The restoration was conducted by the Department of Restoration of Byzantine and Post-Byzantine Monuments, and aimed at addressing two key needs: The removal of a series of morphological problems and the repair of accumulated damage on the building.
Fethiye Mosque was built on the ruins of a Christian basilica dating from the middle Byzantine period and was converted to a mosque during Ottoman times, when it was commonly known as the “Wheat market Mosque.” It is built according to the architectural type of “quatrefoil” or “clover-leaf-cross-in-square,” as its wide central dome is supported by four smaller domes in cruciform layout.
In autumn 2010, the Ministry of Culture ordered the emptying of the building from the various antiquities stored there, and the beginning of the process to restore it and open it to the public. The decision was sanctioned by the Central Archaeological Council in 2013, paving the way for its restoration and its opening to the public.
Source: ANA-MPA