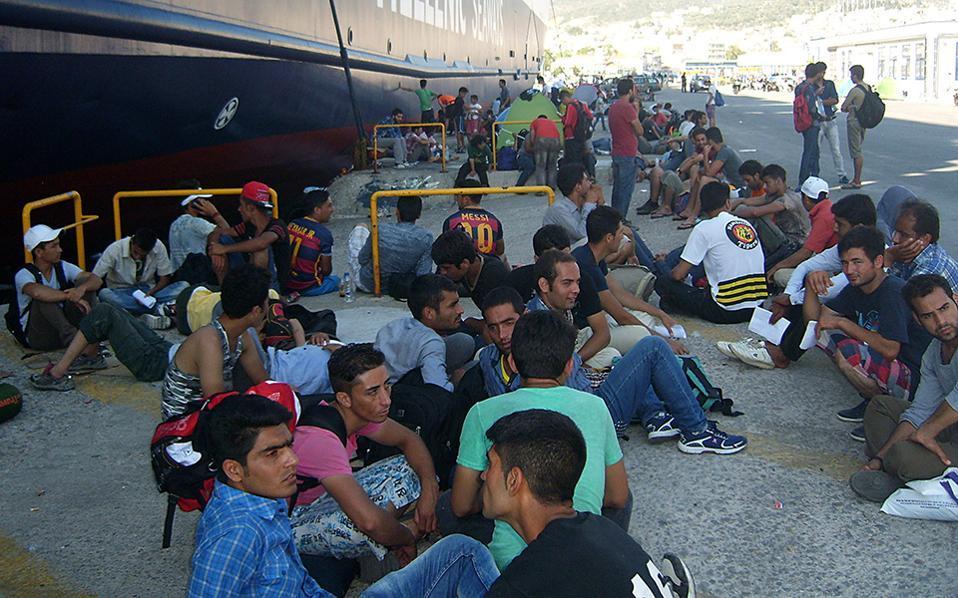 Germany has rebuked Greece for its lack of progress in processing the asylum requests of thousands of migrants stuck on Aegean islands and for not sending unqualified migrants back to Turkey.
According to a Financial Times report, German Chancellor Angela Merkel has conveyed her concerns to Greek Prime Minister Alexis Tsipras. On Wednesday, Merkel’s spokesperson Steffen Seibert said Greece “has to do better” at deporting back to Turkey Syrians whose requests for asylum have been rejected, as per the European Union-Turkey deal. “There’s certainly a lot still to be done in the implementation of what is still an important part of the EU-Turkey agreement,” he said.
More than 60,000 asylum-applicants seekers are currently stuck across Greece in camps with poor facilities. In the east Aegean Islands, reception centers are overcrowded and fights between inmates with different nationalities are frequent, while there is friction with locals.
Greece’s government delays asylum application procedures, insisting on strict compliance with international regulations on asylum. Each individual is granted a hearing and has the right to appeal. In addition, Greece’s migration laws do not recognize Turkey as a safe third country for refugees, meaning they cannot be sent back there.
“The fact that people are not being sent back [to Turkey] is the single biggest threat to the EU-Turkey deal,” says Gerald Knaus of the European Stability Initiative.
In an interview with the German newspaper Die Welt, Greece’s Deputy Foreign Minister Nikos Xydakis said that since the EU-Turkey deal came into force, 99 percent of refugees arriving in Greece were claiming asylum, compared with 3 percent before March, “in order to gain time and not be sent back immediately to Turkey.”
At the same time, the Financial Times report continues, there has been little progress in relocating refugees from Greece to other EU countries. The EU had agreed to move around 65,000 of them earlier this year, but so far only about 3,500 have been relocated, Xydakis said.
In addition, Xydakis said, the situation has been made worse by the EU’s failure to make good on a promise from March to send asylum experts who could help clear the backlog of applications. According to the deputy, the European Asylum Support Office, had offered to provide 400 officials to help the Greek authorities register and process refugees. But only 26 had so far been deployed. “We urgently need more support from EU countries,” he said.
German officials reject that criticism. Johannes Dimroth, spokesman for the German Interior Ministry, said Greece had refused aid offered by Frontex and EASO. He said that, Germany had offered 200 policemen and 100 asylum experts to Greece to help with the migrant influx, but Athens had only accepted 20 policemen and 18 experts, according to the FT report.
“For a long time, Greece did nothing to build up an asylum system,” said Luise Amtsberg, the opposition Green party’s spokesperson for migrant issues. She said the situation in refugee reception centers on Greek islands such as Lesvos was “unsustainable.”
“Women, children, the elderly and sick are housed in disgraceful conditions,” she said. “The situation is daily becoming more precarious,” the report concludes.