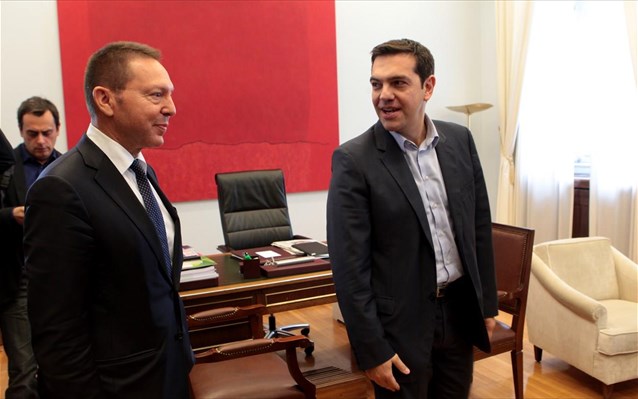 Attica Bank has become the unofficial battleground in the war between Bank of Greece governor Yiannis Stournaras and the Greek government. The reason is that the BoG chief is doing his job and doesn’t allow the Alexis Tsipras administration to use the bank for their shady purposes.
Allegedly, Attica Bank would have been the institution to play a major role in the “parallel banking system” that Yanis Varoufakis and the SYRIZA hard leftists were planning in the government’s first term. Since the Greek banks’ recapitalization in June, creditors required that new boards of directors are appointed and that the members should be non political.
Attica Bank has several problems, both financial and administrative. Sixty percent of its portfolio is composed of non performing loans and is in dire need of consolidation. Yet, recently the bank was involved in a deal that doesn’t seem very transparent. In late August, when the television license tender procedures were in progress, the government “favorite” to get a license, Christos Kalogritsas, came with a letter of credit for 3 million euros from Attica Bank, 40 minutes after the deadline. It should be noted that Kalogritsas’ construction company has been granted several state contracts for major public works since SYRIZA came to power.
The Greek government has been trying to appoint their own people in the bank’s executive board since they came to power, despite the fact that the European Central Bank dictates that board members should be independent. Since Attica Bank is monitored by the Single Supervisory Mechanism of the European Central Bank, Stournaras has been opposing the government’s choices all along.
Earlier in the week, the Tsipras administration tried to appoint Panagiotis Roumeliotis, former CEO of Athens International Airport. Stournaras did not accept the choice. All of a sudden, on Thursday, the Economic Crime unit of the Greek Police raided the office of the business owned by Stournaras’ wife, Lina Nikolopoulou. Reportedly, Nikolopoulou is investigated for financial wrongdoings in her involvement with the Hellenic Center for Disease Control & Prevention (KEELPNO).
Nikolopoulou stated that it is obvious that her persecution is aimed at hurting her husband. The timing of the raid, she claimed, clearly shows that there are ulterior political motives behind the accusations against her.
It is well known that the SYRIZA administration has been trying to get rid of Stournaras as soon as they came to power. However, Stournaras, or rather his position, is protected by the European Central Bank. It is quite often that BoG official reports on the state of Greek economy contradict government announcements that paint fiscal figures with brighter colors.
At this point, the fight between Tsipras and Stournaras is nothing more than a power game. The prime minister knows that he cannot remove the central bank chief from his position. If he fights Stournaras openly, it would be like fighting ECB President Mario Draghi, or rather one of Greece’s creditors.
The two men spoke on the phone after the raid in the offices of Stournaras’ wife. It was the central bank chief who called. After their talk, they both said that justice operates independently and the outcome of the investigation would not affect relations between the government and Bank of Greece. They also confirmed that their relations are good.