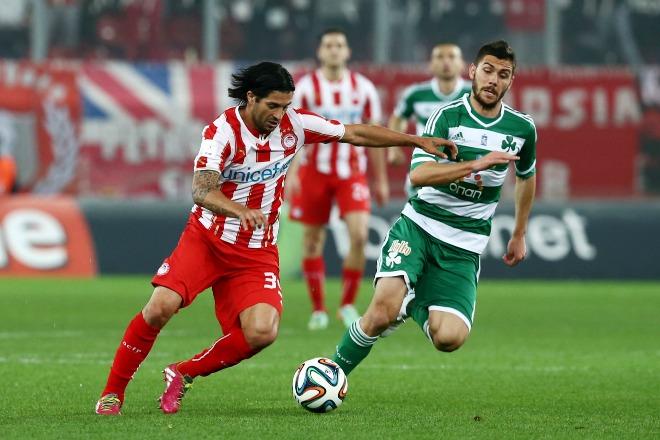 Deputy Sports Minister Stavros Kontonis announced on Thursday the suspension of the start of all 2016-2017 football championships after a rift with the Hellenic Football Federation (EPO). He suspended games until September 5 on he grounds of safety.
The decision had been taken earlier by Kontonis, who has also sent letters to FIFA and UEFA justifying his action on grounds of disruption of public order. Earlier, the special Violence Response Commission (DEAV) and Hellenic Police have both recommended the postponement of the start of the Greek football league season, citing security reasons.
DEAV had agreed with Kontonis’ position that there were risks of violence if the league commenced under the current EPO administration. Kontonis sent a letter by the Trilateral Committee of the Court of Athens and the Union of Judges and Prosecutors to DEAV, expressing the view that the EPO decision to replace regular judges as members on the Ethics Committee bordered on unruliness. Furthermore, he urged the judges to disregard the football federation’s decision and stay on the ethics committee.
At the same time, EPO had prepared a list of referees without the consultation of the Super League administration, Greece’s premier division. Panathinaikos, AEK and PAOK sent letters to Kontonis saying they refuse to participate in the championship with the arbitrarily appointed referees and accusing EPO of corruption. The deputy minister submitted the letters to DEAV and the Greek police, who finally backed the deputy’s decision.
Meanwhile, Olympiacos opposed Kontonis’ decision calling it “arbitrary” and “illogical.” In an official statement the club warns that such an action entails the risk of Greek football clubs and the national team being expelled from international competitions.