Why Greece Always Leads the Athlete's Parade at the Olympics 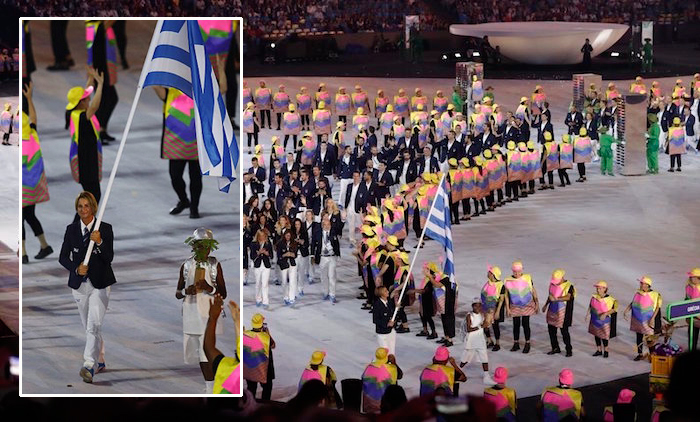 The Olympic Games 2016 kicked off on Friday, August 5 with the opening ceremony that took place in Rio de Janeiro, Brazil. Following the tradition of past years, the Greek athletes led the athletes’ parade, because of the country’s important role in the history of the games.
The order of the athletes’ parade is determined alphabetically based on the language of the host country, however, Greece is always first and the host country comes last. This year, Afghanistan was the first country to follow the Greek athletes and then, South Africa (Africa do Sul in Brazilian Portuguese). Zambia was last in 207th place, followed by Brazil, the host country.
The modern Olympic Games are the leading international sporting event featuring summer and winter sports competitions. The Olympic Games are held every four years, with the Summer and Winter Games alternating by occurring every four years but two years apart.
The Ancient Olympic Games were religious and athletic festivals held every four years at the sanctuary of Zeus in Olympia, Greece. Competition was among representatives of several city-states and kingdoms of Ancient Greece.
It has been widely written that during the Games, all conflicts among the participating city-states were postponed until the Games were finished. This cessation of hostilities was known as the Olympic peace or truce. This idea is a modern myth because the Greeks never suspended their wars. The truce did allow those religious pilgrims who were traveling to Olympia to pass through warring territories unmolested because they were protected by Zeus.