When you are visiting Thessaloniki northern Greece, why not join in a Pokemon Go group sightseeing tour?
A travel agency in Thessaloniki saw the intense popularity of the new Pokemon Go game and decided to capitalize on the fad.
They are planning on offering excursions for the “hunters” of Pokemon every Saturday from August 20 onwards.
The Pokemon tours will start in the areas of Perea and New Michaniona, leaving in the morning, and offer groups the chance to go around hunting and then to rest while enjoying sun and a swim at local beaches. 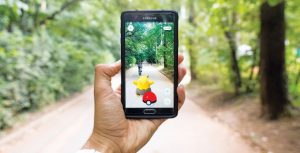 “We saw that a lot of people have indulged in Pokemon hunt and we thought to organize tours for stakeholders. There is already a lot of interest from players who liked the idea to combine the game with the excursion. This game also motivates people to get out of the house and move,” Sofia Kiriakidou, the owner of Pokemon Tours said to espressonews.gr.
“If people are interested, we can go further and further away from Thessaloniki. We can organize excursions in Katerini, Veria, Kozani or Giannitsa,” Kiriakidou said. “It is important that in addition to the game there will be sightseeing. In Edessa, for example, we can see the famous waterfalls.” 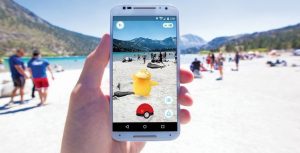 The first trip for Pokemon enthusiasts cost five euros per person, while the ticket price for other excursions further out of the center will be determined based on the destination.