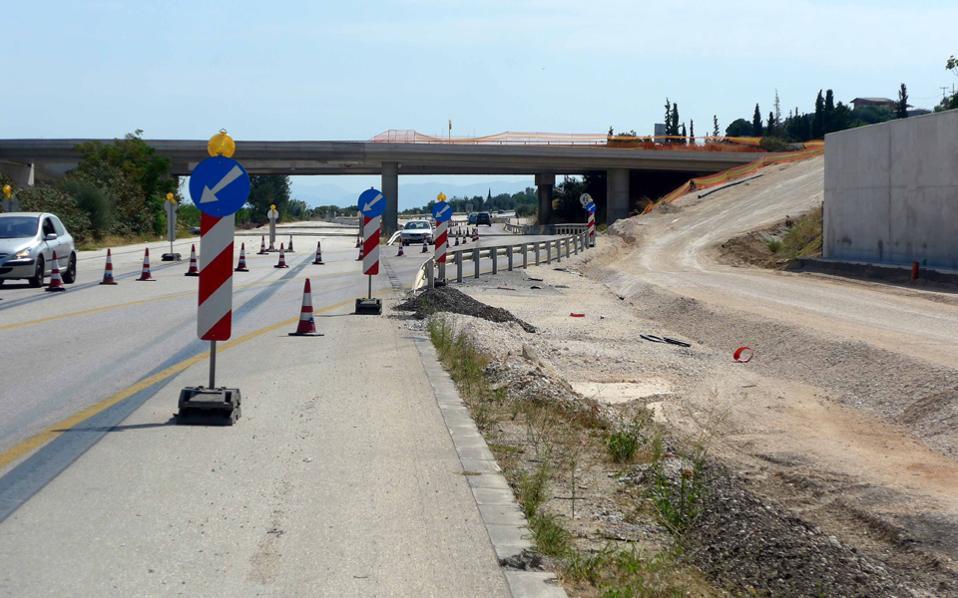 As construction work continues on the expansion of the Olympia Odos highway in the Peloponnese region, motorists will be able to use a portion of the newly constructed roadway connecting the city of Elefsina located in the prefecture of Attica, with Patras, in western Greece.
Of the newly expanded sections, the Corinth – Patras section is expected to be completed by March 2017.
Authorities have announced a 20-kilometer section of the highway will be open to motorists traveling from Ancient Corinth to Kiato on Friday.
The project in its entirety spans some 201.5-kilometers in efforts to connect Elefsina and Patras, while traversing a diverse landscape with 19-kilometers (12 miles) of tunnels and twenty interchanges.
Construction is expected to accelerate this month as authorities have also announced that they plan on opening the Derveni Tunnel to the public later this month, which is a part of the stretch of highway from Corinth to Patras.
As motorists are expected to increase this month with August vacations very popular among Greeks and the opening of the Olympia Odos highway is long anticipated by many.
The project to expand and update the Olympia Odos highway was expected to be completed in only six years, meaning it was to be completed at the end of 2014. However, due to the financial crisis in Greece the project deadline has been expanded to March 2017 as delays in construction have plagued the project.